The draft resolution of the government involves the receipt of foreign nationals 8-day entry visa to the Russian Federation under the simplified scheme crossing the territory of Free port of Vladivostok. 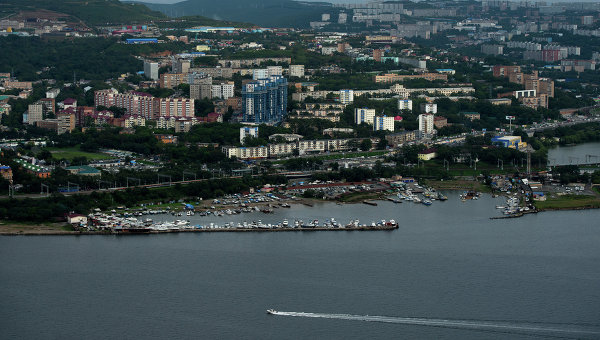 MOSCOW, 11 Jan. The draft decree of the government regulating a simplified visa regime for foreign citizens arriving in Russia crossing the territory of Free port of Vladivostok, was developed and in January 2016 will be submitted to the government, said the Minister.

This mode means the receipt by foreign nationals 8-day entry visa to the Russian Federation under the simplified scheme. It is assumed that foreign citizens before entering the Free port of Vladivostok will be to fill out the online application. After checking the questionnaire by the competent authorities of the Russian Federation, foreigners will receive a notification about granting entry visas.

As noted by the Ministry, the practical application of the simplified visa regime of the Free port of Vladivostok is only possible after the preparedness of border crossing points, namely, the modernization of IT infrastructure. The implementation of appropriate measures will be ensured within the framework of interagency coordination on the basis of infrastructure of “World”, as well as during the reconstruction and additional equipment of checkpoints across the state border. Work was being done.

The official representative of the Russian foreign Ministry Maria Zakharova said on Monday that the Agency has submitted its proposals for the act on the facilitation of issuance of visas to the Russian Federation to foreigners entering the country via Vladivostok. Earlier the representative of the Vladivostok International airport reported that the airport is fully prepared for the introduction of this regime.