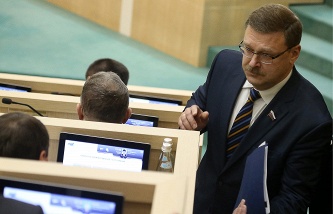 “Strategy is not a declarative document. It is implemented on a scheduled basis, – said journalists the Deputy Secretary of Russian security Council Vladimir Nazarov. – The provisions of the Strategy are mandatory for execution by all bodies of state power and bodies of local self-government and are the basis for the development and revision of strategic planning documents and programming in the field of national security and socio-economic development of the Russian Federation activity of public authorities of all levels”.

He noted that the Strategy is one of the most important strategic planning document which defines the procedure and measures to ensure national security.

According to Nazarov, in the new edition of the document expands the list of national interests of the Russian Federation, their composition included the strengthening of national defense and ensure national harmony and unity of society, the competitiveness of the national economy, preservation of culture and traditional spiritual values of Russian society. 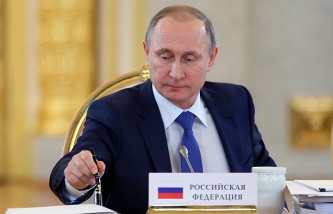 “Monitoring the progress of Strategy implementation is carried out, including, on the basis of monitoring of main indicators of the state of national security, listed at the end of the document”, – said Deputy Secretary of the Russian security Council.

The national security strategy of the Russian Federation was approved by President Vladimir Putin on 31 December 2015. The document provides development of strategic partnership with CIS States, Abkhazia, South Ossetia, the development of relations with NATO and the EU, strengthening food security, improving the quality of public administration in the energy industry and other measures aimed at strengthening national security. Among the main threats identified “color revolutions”, the commodity dependence of the economy, the approach of NATO to Russia’s borders. One of the priorities of the Russian Federation is referred to as the consolidation of its status as one of the world’s leading powers.