In connection with the reduction of oil prices, budget cuts in 2016 will be impossible to avoid, said the head of the Committee of civil initiatives Alexei Kudrin. However, the reduction in 10% is an optimistic forecast, he said. 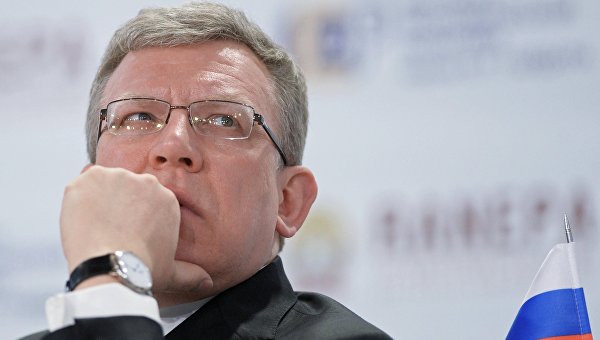 MOSCOW, 13 Dec –. The reduction of costs in the Federal budget by 10% due to the drop in oil prices is an optimistic forecast, said the former Minister of Finance, the head of Committee of civil initiatives (THD) Alexei Kudrin.

On Wednesday, Finance Minister Anton Siluanov said that the Russian government has taken a decision on optimization of the budget, the Ministry has until mid-January to prepare and submit to the Finance Ministry its proposals on the reduction of costs by 10%. And the proposal to adjust the budget of the Russian Federation for 2016 should be ready by the end of the first quarter.

“Budget cuts this year to avoid due to lower oil prices. And, most likely, they will remain at a low level. Maybe it will be 35 or $ 30, it is very difficult to talk about this now. But this is a significant reduction, even compared with levels at the end of last year. Reduction in 10% is an optimistic Outlook”, — Kudrin said on the air of “Russian news service”.

He explained that it would take to close the budget gap, which could probably be more than 1 trillion rubles. In addition, Kudrin said that extra costs would be in the conditions of crisis and social obligations. According to Kudrin, the funds will be found through further reduction of individual articles.

He believes that a uniform reduction of 10% is ineffective. “A separate article is not necessary to reduce, and some can be reduced more. We don’t know what is the procedure for reduction is accepted, there is only information about that within the government directives were issued,” said Kudrin.

The Finance Ministry proposes to adjust the budget in 2016 based on the average price of oil in 40 dollars for barrel. Now there laid the price of oil Urals in $ 50. Oil prices steadily falling over the past 18 months because of the glut in the oil market and a high level of production of “black gold”. In the new year the price of a barrel of Brent oil was already down in the area of 30.5 per dollar. The Minister of economic development Alexei Ulyukayev expressed the view that low oil prices will persist for a long time.