MOSCOW, January 13. The challenges of the Russian economy are the most serious in a decade, said the head of the government Dmitry Medvedev, speaking at the Gaidar forum.

The Prime Minister acknowledged the worsening of Russia’s economic problems on the General negative global economic backdrop. According to him, the universal remedy for problems in the global economy of the government, but to influence the markets is necessary and possible.

“I have no universal remedy available in the domestic and global economy at the moment problems, but to try to influence the situation, including the market of hydrocarbons,” – said the head of the Cabinet of Ministers.

He stressed that a number of basic principles and key institutions of the global economy were disrupted. “We have yet to understand whether this was a temporary system failure, or it is time to formulate new laws of coexistence”, – said Medvedev, stressing that now the traditional institutions no longer work. Such questions are raised not only to the raw powers, but also to the users of their resources.

“A good example is the oil market, where by the end of 2015, a proposal ahead of demand, but production continues to grow, he said.

About the price of oil and the budget

However, if oil prices continue to fall, will require a revision of the budget, prepare for the worst, warned Medvedev.
“If oil prices continue to fall, the budget will require revision. It is to be understood, need to prepare for the worst-case scenario, as is done in other countries”, – said the head of the Cabinet of Ministers.

On the stability of market mechanisms

Medvedev also said that Russian economy has shown resistance to market mechanisms even under conditions when the West acts against non-market methods.

The Prime Minister called the situation in the economy as a whole “though and challenging but manageable.” In particular, managed to mitigate the impact of external shocks, including through anti-crisis plan. The Prime Minister called as a positive trend that the Russian Federation will be secured in 2016, with low external debt and large foreign exchange reserves of the country.

“This largely ensures the stability of our financial system,” he said. Medvedev has noticed that in 2015, despite the difficulties in the economy, ruble deposits of citizens and companies grew. “The flight from the rouble, he said. – And almost two times decreased the outflow of capital”.

The Prime Minister recalled that in early 2015 “we had queues at the exchangers, the panic in the markets, the most dire predictions for the increase in unemployment”. “Even the famous promise from the outside – to tear our economy to shreds. This did not happen. The economic situation, although difficult, but manageable,” said Medvedev.

About the painful consequences of the crisis

The decrease in the level of people’s lives, including the middle class, is the most painful consequence of the economic difficulties in the Russian economy, Medvedev said.

“The most important and most serious for us is that the income of the people,” – stated Medvedev. According to him, Russians “have become poorer, and hurt the middle class – and this is, perhaps, the most painful consequences of the economic shocks of the past year”.

The Prime Minister stressed that this happened on the background of the fact that in the last 15 years Russia has managed to achieve serious progress in the fight against poverty.

Moreover, he emphasized, the work on social services and on the welfare of people – sometimes even at the expense of structural change – was a conscious policy of the authorities of the Russian Federation during this period.

“Reform is always painful, we know it well in 1990-th years. Therefore, on windfalls from the oil sector, we increased salaries and pensions, built hospitals and kindergartens. We, of course, carried out a modernization, but not at the pace that would (be) if we did not have such social spending”, – said Medvedev. Thus, he stated, in these 15 years the people’s incomes grew faster than growth in the economy.

“If you want, the welfare of overtaking modernization, – concluded the Prime Minister. And, in the end, since the beginning of 2000-ies, we cut poverty in half.” 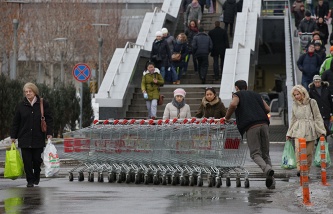 On measures to support

Will be taken measures for economic growth and fracture trends to the decline in living standards, assured the head of the government, promising adequate to the current situation of social support.

The crisis is particularly serious blow to socially vulnerable citizens, “for those who can only rely on help from the state,” said Medvedev.

“We won’t encourage them to be patient and wait until economic recovery. Life cannot be postponed until better times. In the area of social support will take the most vigorous measures adequate to the current situation”, – assured the head of government.

Addressing the forum, he announced plans to help businesses.

“These and other measures should contribute to achieving one major goal – to reverse the trend of falling living standards. But the main way to achieve sustainable growth of the economy,” Medvedev said.

According to him, the task in the current environment is challenging, “but we have never had easy objectives.”

The Prime Minister assured that the government will continue supporting small and medium businesses, despite the difficult period in the economy.

Speaking about the problem of the deficit of “long money” in the economy, the Prime Minister reminded about this solution, as the stimulation of activity in the financial market – the corporate bond market. Medvedev said that the government are considering proposals for tax exemption of coupon income, including from its personal income tax. “Investors, including many ordinary people, will receive a new source of income, a new tool for earning,” he said.

Will continue working on liberalization of criminal legislation in the sphere of entrepreneurial activity, also said Medvedev. 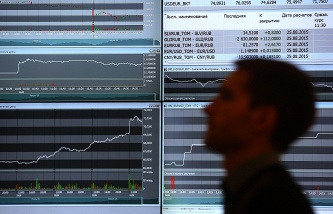 On the situation in the banking sector

The Prime Minister believes that one of the main problems in the banking sector remains high interest rate on loans.

“The main problem remains high interest rate. Therefore, we will continue to work with such a mechanism, as its subsidies, he said at the plenary session. – There will also be continued selection for participation in the program of support of investment projects implemented on the basis of project financing”.

However, by estimates of Medvedev, the banking sector is stable, including through measures for recapitalization of credit institutions. “A stable banking sector. The Central Bank pursues a consistent policy for its purification. It is a painful process. Primarily for customers of closed banks, he said. But otherwise not to provide long-term stability of the banking system”.

The Prime Minister announced the continuation of sectoral plans for import substitution in 2016.

“We will continue the implementation of the sectoral plans of import substitution and this year, in particular, through the industry development Fund will be carried out additional capitalization of 20 billion rubles”, – said the head of the Cabinet of Ministers at the Gaidar forum.

The release of the growth trajectory

According to Medvedev, stop falling GDP does not mean automatic growth, there is a threat of depression, of not less difficult than the crisis, Medvedev warned against maintaining the economy growth at the level of “plus or minus zero”, while calling to look for sources of growth.

However, the Russian economy must learn to work, instead of relying on revenues from energy exports, said the Medvedev. “We’re actually creating a new model of economic growth,” he said. Medvedev cited the example of several Russian regions, who live without oil and gas revenues, on time modernizing their production facilities and finding investors. “This is an example to which we should aspire in scales of all country”, – said Medvedev.
“Maximum freedom from natural resource rents – is also a question of geopolitical independence of the country, and therefore we must work to offer the world market something more exciting and competitive than raw materials,” he said.

Structural shifts in the economy without attracting private capital speech could not be speech, said the head of the government of the Russian Federation.