The expansion of economic freedoms in Russia will allow the Russian economy to overcome the difficulties and will provide an opportunity to continue the development, said Prime Minister Dmitry Medvedev. 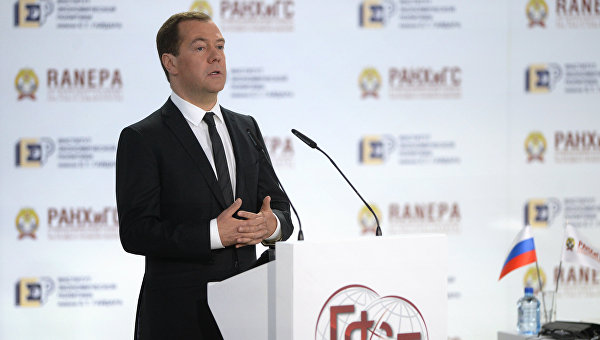 MOSCOW, 13 Jan. The expansion of economic freedoms in Russia is not a tribute to time, it is a vital necessity, said Prime Minister Dmitry Medvedev at the Gaidar forum in 2016.

“Margaret Thatcher once said that without economic freedom no other freedom can not be. The extension of economic freedom Russia is not a tribute to time, it is a vital necessity for our country, for its development. But freedom is, of course, comes responsibility”, — Medvedev said.

“Whatever difficulties experienced by the Russian economy, we have the reserves, the desire and the will to cope with them. We always managed to overcome the most difficult, seemingly hopeless situations and come out of them victorious. So shall it be now”, added the Prime Minister.