At the initial stage, the candidate kot Barsik was a great topic, positive, but each joke has gone too far, it’s time to readjust to working order, said city Manager Barnaul Sergey Dugin. He noted that he with a new team need to work for the benefit of citizens without Barsik. 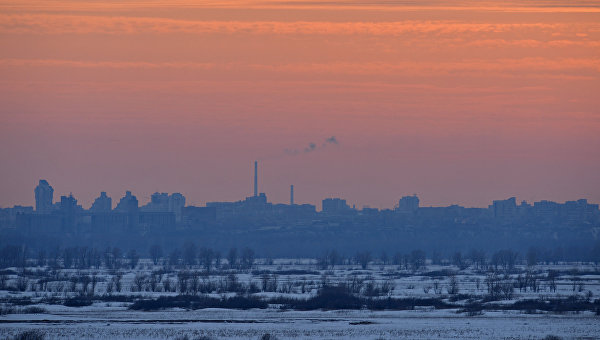 NOVOSIBIRSK, 25 Dec –. Deputies Barnaul Gordumy on Friday elected the city Manager of the city of the head of Department of Altay territory on social protection Sergey Dugin, while in “popular” Internet voting unanimously won the cat Barsik, which many consider a kind of column “against all”.

The capital of the Altai region city of Barnaul were left without a head of administration in August, when retired at his own request resigned under investigation on suspicion of abuse of office Igor Savintsev. In his address to Barnaul citizens he said that to fulfill the functions of head of administration he was not allowed the condition. At the same time, the press service of SU Investigative Committee of the Russian Federation for the Altai territory and said on Friday that the former head of administration of Barnaul Igor Savintsev, who was accused of abuse of authority, the court decision placed under house arrest.

The new city Manager was to elect the deputies of the city Duma of Barnaul. To do this, the local Parliament was formed by a special competition Commission, which has adopted the documents of candidates, which in the end turned out to be six. But all of a sudden in the race, though not officially, and the Internet broke a cat Barsik.

My cat comes into the race

In early December, a popular public Altai Online Vkontakte opened the voting, including the official candidates for city-managers of alternative candidate – a cat Barsik.

“We decided to ask our subscribers, who do you consider the most worthy candidate for this position and who, in your opinion, deserves to defend interests of citizens. Since many experts were of the opinion that the winner is already obvious, we decided to make the intrigue and added one more candidate — cat Barsik”, — was stated in the announcement to the survey.

Unexpectedly unfolded in the group a live campaign in support of Barsik and as of Friday cat scored over 91% (over 5 thousand) of the votes of Internet users, while its closest pursuer from the real candidates won and 3% of the vote. The administrators of the community even asked citizens to help with the placement of the promotional banner Barsik in the centre of Barnaul, however, many did not approve this idea.

The recognition of the Governor

The popularity of the cat-candidates, which is noticed even in the foreign media, did not remain without attention of the Governor of Altai territory Alexander Karlin, who dedicated an entire post to the snow Leopard “Without the cat and not the life” in his blog on the official website of the region.

The Governor admitted that interest the political destiny of “the most popular candidate for the Barnaul city Manager” and said that he really likes, like the majority of Barnaul citizens.

“Apparently, our candidate is confident in the future and their own success. Otherwise also cannot be – as not to sympathize to such a wonderful, right kitten? About it are composed the songs, they are interested in foreign publications,” wrote Carlin.

In the last (serious) paragraph, the Governor said, grateful that the PR team Barsik for a creative approach to the political process in the city, to the revitalization of the electorate and contribute to the formation of the image of the Altai region as the region outside the box thinking, creative people.

“I am sure grateful to them and also rivals Barsik on the presidential race. Curiosity kitten politically active one way or another makes you want to look at the programs of his opponents. In place of the winning candidate for the office of the city Manager I would have invited Barsik to yourself and not forget about what people wishes to transmit power through the form of this lovely cat,” he wrote.

Many local media and users of social networks agreed that the cat Barsik has become popular, as the majority of the citizens the names of the six official candidates have nothing to say, was initially predetermined, and in addition to the Monument from the city budget will not need anything except cans of cat food. In fact the cat has replaced the column “against all”.

A meeting of the Barnaul municipal Duma on which deputies appointed the head of the city administration, took place on Friday.

“The procedure of election to the office of the head of administration of Barnaul city were held by secret ballot. Of the 35 members present at the meeting of the city Duma deputies the candidacy of Sergei Ivanovich Dugin was supported by 26 deputies”, — said the press service of the Duma of the decision, which entered into force upon its adoption at the meeting.

Except Sergey Dugin, who prior to his appointment he held the post of head of the Main Department for labour and social protection of the Altai region, to the position of city Manager claimed the deputies of the Altai regional legislative Assembly Andrey Schukin (LDPR) and Alexander hammers (just Russia), Vladimir Barsukov entrepreneurs and Matthew Solomatin, and also the Deputy Barnaul Gordumy Yury Ryapolov, who at the meeting, withdrew his candidacy.

The journalists commenting on his appointment, Dugin said it has no plans to drastically change anything in the work of the city administration and intends to work with its current composition. He commented and the presence of the “most popular candidate” Barsik.

“Initially, the snow leopard was a great topic, positive, but each joke has gone too far, it’s time to readjust to working order. Us with a new team to work for the good of the citizens without Barsik”, said Dugin, quoted by the news Agency Politcis.ru.

In his congratulatory address, the Governor Karlin has called his former subordinate effective and experienced Manager, with strategic issues that looks at specific people, and promised support by the administration of the province.

In turn, the “special statement to the media” PR-team Barsik sorry to said that, in the opinion of the candidate, with the new head of the city administration any special changes in the life of Barnaul to wait is hardly worth it, and the government will continue to operate as usual for her “behind closed doors”, as in many other cities across the country.

“Many experts and politicians believe that “kot Barsik” has become the equivalent of the column “against all”, a sort of protest against real candidates and parties. They are partly right, but the main reason for the success of the cat-politics is that the people who have put forward their candidatures, were completely known to the townspeople as well as their program and motives of the nomination,” said in public.