MOSCOW, 13 January Russia has no plans to cut military spending, said the Finance Minister Anton Siluanov in an interview with Bloomberg TV during the Gaidar forum in 2016, organized by the Ranepa and the Gaidar Institute. 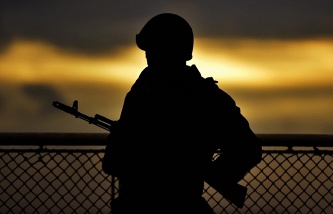 According to the Minister, in the absence of any measures at the current price of oil the budget deficit may increase more than twice.

In addition, Siluanov said that budget revenue in 2016 could fall by 1.5-2 trillion rubles, and the Russian Federation need to find resources of 1.5 trillion rubles. “Do not want to increase borrowing,” – said the head of the Ministry of Finance.

Earlier today Siluanov said at the Gaidar forum in 2016, the deficit of the Russian budget in 2015 amounted to 2.6% of GDP. The Finance Ministry predicted this indicator at the level of 2.8-2.9 per cent.

11 December 2015, the Russian defense Minister Sergei Shoigu at the Board office summed up the military results of the outgoing year and outlined plans for the next. 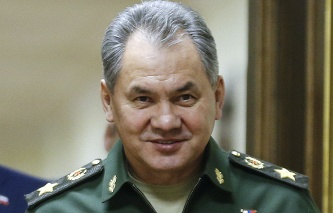 The results of the Government hour with the Minister: the Minister did not ask for more money for the armed forces

“Overall, in 2015 the Armed forces have provided a specified level of maintenance of defensibility of the country. Marked qualitative and quantitative growth of key indicators in comparison with the 2014 year”, – said Shoigu.

Upgrading the army is continuing ahead of schedule. The share of modern samples of arms and military equipment reached 47%, and managed to achieve health in 89% (4% higher than in 2014). In 2016 the Russian defense Ministry plans to achieve a significant improvement of these parameters – the share of modern equipment should reach 51%, and serviceability – not less than 92%.

To protect against rockets, the defense Ministry is developing a Unified space system designed to warn the country’s leadership about a missile attack. In November brought the first into orbit a new satellite of this system – thus, began the restoration of the space echelon, lost with the failure of its latest devices of “Oko-1”. In 2016 it is planned to launch another new satellite. In addition, on combat duty will supply a ground radar station of the “Voronezh” in Yeniseysk, Barnaul and Orsk.

For 2015, the military received nearly 250 aircraft, 90 anti-aircraft missile systems and complexes, more than 200 radar systems. Next year the army must be enlarged more than 200 new and modernized samples of aircraft.

The share of modern weapons in the army has reached 35%, in the Navy – up to 41%. The army received two brigade sets of operational-tactical missile complexes “Iskander-M”, 150 missile and artillery systems, almost 1.2 thousand tanks and armored vehicles and about 2.3 thousand cars. While in the army was formed eight teams for different purposes, said Shoigu.