MOSCOW, January 13. All three detainees in Turkey, the citizens of the Russian Federation there is information about their involvement or participation in international terrorist groups. This was reported by a source in the Russian competent authority. 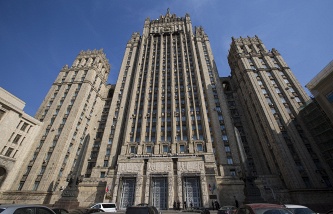 “All the three arrested in Turkey citizens of the Russian Federation there is information about their involvement or participation in international terrorist groups. Moreover, one of them was previously announced in the Russian and international wanted list. The other two a few years ago, left by their own decision, the territory of the Russian Federation with the stated purpose of the study in the territory of middle East States,” said a source.

Previously, the Agency Dogan on suspicion of involvement in the terrorist group “Islamic state” (IG, is prohibited in Russia).

The Consul General of Russia in Antalya Alexander Tolstopyatenko confirmed the fact of detention of three citizens of the Russian Federation and noted that “the causes being investigated”.

The current anti-terrorist RAID came after an event Friday in Istanbul of a major terrorist attack, which, according to the latest data, 10 people died.

According to official figures, eight of them were citizens of Germany. There are also reports that two other victims by the Germans.

In addition to Antalya’s anti-terrorist operations were still at least five cities across the country, including in Ankara. Detained more than 60 people, including foreigners, mainly Syrians.