In the medium term, inflation will decline in any scenario, said the first Deputy Chairman of the Central Bank Ksenia Yudaeva. In any case, the Bank of Russia will consider risks when making further decisions. 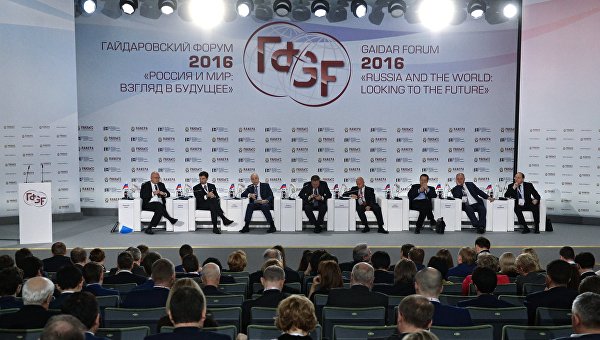 MOSCOW, 13 Jan. The Bank of Russia will take into account the inflationary risks when making decisions on key rate, told journalists the first Deputy Chairman of the Central Bank Ksenia Yudaeva. However, she stressed that inflation in Russia will continue to decrease, despite the weakening of the ruble.

“It is important that the situation with financial stability rather quiet. In the medium term, we see that inflation will decline under any scenario. Now, of course, the risks have risen somewhat, we take them into account when making decisions”, — said Yudaeva on the sidelines of the Gaidar forum.

“Inflation in the medium to long term will continue to decline, despite the weakening of the course, which we lately saw,” she said.

While Yudaeva reiterated that the regulator, when deciding on a rate that takes into account the balance of risks and inflation expectations. “We are very carefully watching our predictions are realized. Our forecast for 2015 got underway, we have a forecast for 2016. We used to always give enough clear guidance on what will happen in 2016. Accordingly, when making decisions we will take into account the situation in January — how these risks are realized”, — said the first Deputy Chairman of the Central Bank.

The Central Bank of the Russian Federation in December 2014 increased the key rate to 17%, explaining his decision by the need to limit significantly increased at the time of devaluation and inflation risks. During 2015, the Central Bank gradually cut its interest rate, bringing it in August to 11%. But then the regulator was forced to “freeze” rates due to inflation.

The next meeting of the Board of Directors of the Bank of Russia will take place on January 29. The head of the Central Bank Elvira Nabiullina said in December that the regulator might cut the rate on one of the next three meetings.