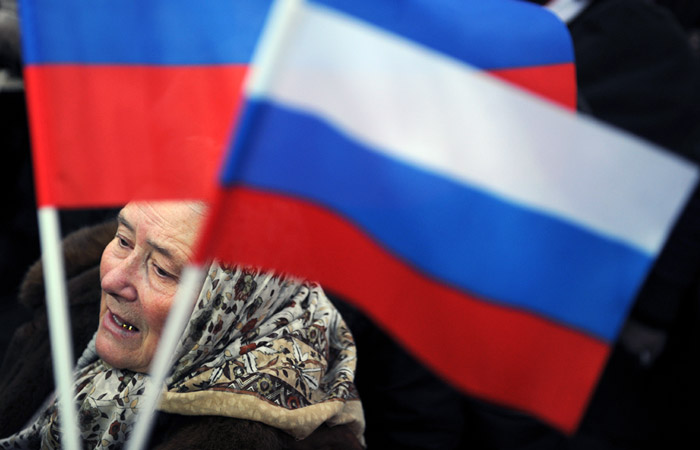 Moscow. January 13. The Russians were less actively to monitor changes in the macroeconomic situation, news and other events, and therefore practically did not react to accelerated in the last quarter of the weakening of the ruble and falling oil prices, follows from the review of the consumer confidence of Russians, prepared by the research Department of Sberbank CIB, Sberbank Investment Research.

The results of the survey are based on a survey conducted by research Agency Cint on behalf of Sberbank CIB. In it participated 2 300 citizens aged 18 to 65 years living in 164 Russian cities with population over 100 thousand people. The error estimates is below 2%.

Due to the increased indifference of Russians to the news, the consumer confidence index following the results of the latest survey have not changed compared with the third quarter of 2015, remaining at the lowest level of minus 24% (the same rate observed in the fourth quarter of 2014).

According to the survey, the proportion of respondents who are afraid of layoffs, fell slightly (to 36%), but remains close to historic highs. 52% of respondents reported a decrease in the number of employees as employers are either laying off employees or not hire anyone to replace the departed employees. Overall, unemployment is now the second most important source of concern: it indicated 56% of respondents (in the first place – inflation).

At the same time, expectations regarding personal well-being has deteriorated – the corresponding index was nearing the low seen in the first quarter of 2014. This probably explains the high inflation and fear of unemployment.

The proportion of Russians who consider the country’s economy is unstable, remained at the level of 85%. In General, the results of the study indicate that citizens of Russia do not expect rapid improvement of life, and therefore perceive the current situation indifferent, and obvious changes in their behavior are observed.

From the review of Sberbank CIB is also clear that in the past year, 78% of Russians did not wait for higher wages; however, 34% of respondents said that this was to be expected. In 2016 the index is not expected 58% of respondents, and the remaining 42% expect to increase salaries on average by 6.7%. Thus, the average expected salary increase for the whole sample amounted to only 2.9%, the report said.

At the same time, more and more Russians begin to set aside money for a rainy day, the proportion of respondents with no savings has fallen from 39% in the third quarter of 2015 to 36% and the share of monthly earnings, deferred as savings, for the first time in 2015 increased to 8.3% compared to 7.3% in the previous quarter.

In General, the Russians have adapted to higher prices, a research of the Bank. This is, in particular, shows a decrease in the share of expenditure on food from 38% to 37%. Also continue to increase the proportion of people who switched to the consumption of less expensive products. Now she is 70% (69% in the previous review).

Earlier Wednesday, Finance Minister Anton Siluanov has not excluded that in Russia the situation could be repeated in 1998. “Our task now is to bring the budget in line with the new realities. If we don’t do that, there will be the same as it was in 98-99, when the population will pay through inflation for what we did in part bring the budget in line with the new reality,” he said. The head of the government Dmitry Medvedev, however, did not agree with him, saying that the current situation is nothing like 1998.