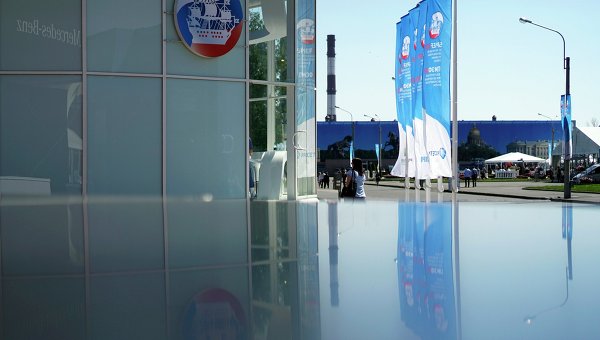 MOSCOW, 13 Jan. St. Petersburg international economic forum will hold two sessions in new Delhi on 30 January, it is expected the participation of representatives of the governments of Russia and India, the CEO of Rostec Sergey Chemezov and the head of Rosatom Sergey Kiriyenko, reports the press service of the SPIEF.

“In the framework of foreign activities of the St. Petersburg international economic forum on January 30 in new Delhi, India, on the sidelines of the event The Economic Times Global Business Summit will be held a visiting session of the forum in India, organized by the Fund “Recongress” together with the media company, The Times of India”, — stated in the message.

“In the spotlight panel session of the forum “Russian-Indian cooperation: from concept to realization” are the issues of development of bilateral relations between the Russian Federation and the Republic of India. In conditions of productive cooperation of the two countries in the fields of energy, defence, chemical and mining industry there is a possibility for further expansion of economic relations between Russia and India in various spheres”, — noted in press service.

It is planned that participants will discuss what action should be politicians, CEOs and entrepreneurs, to encourage the increase of bilateral trade and investment.

The second panel session will be called “the Program of growth of the BRICS: attractive regions for investment in Russia”, dedicated to her business mission with participation of the governors of Russian regions for the purpose of presentation of regions and demonstrate the investment projects. The presentation will be attended by the Governor of the Ulyanovsk region Sergey Morozov, the head of the Penza region Ivan Belozertsev, Deputy Prime Minister of the government of Bashkortostan Dmitry Sharonov, Deputy Prime Minister of Mordovia Vladimir Mazov.