WASHINGTON, January 13. /Corr. Andrew Shitov/. Contested in a Federal U.S. court in Washington, the arbitration decision on collecting from Russia in favor of the former shareholders of YUKOS compensation in the amount of $50 billion was taken without considering evidence that company – the plaintiffs actually were controlled by the “six Russian oligarchs – Mikhail Khodorkovsky, Platon Lebedev, Leonid Nevzlin, Mikhail Brudno, Vladimir Oak and Vasily Shakhnovsky”. This is emphasized in the appeal, filed Tuesday in the court of law firm White & Case LLP, representing the interests of the Russian Federation. 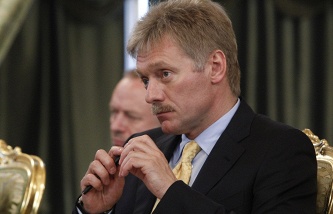 Sands: the accusations against Khodorkovsky relate to “pure criminality”, and not the economy

Markin: SC will take all measures to search for Khodorkovsky, even if he hides in Antarctica

Sands: new charges against Khodorkovsky is not contrary to the decision of the President to pardon

The case to the correspondent of TASS have been found in the judicial archive, is a response to the recent protest of the plaintiffs regarding the allegedly too extensive documentation on the arbitration case submitted to the court by the defendant. What exactly did not suit them in this documentation, the plaintiffs never explained. Actually, as stated in the response, the protest “was just exposed their obvious fear and the fear that the court does choose to consider the evidence and decide that the owners of the companies-plaintiffs actually committed numerous acts of fraud and collusion in violation of Russian law, when illegally acquired shares in OAO NK YUKOS in 1995-96”.

The plaintiffs “are constantly trying to enter the court into error, that he felt as if all acts of fraud and deception on the part of the claimants have already been examined and rejected by arbitration on some principled basis,” the document says. In fact, according to lawyers, the arbitration was “excluded” because the plaintiffs “did not disclose any documents about the entire chain” of ownership of the assets of YUKOS.

In itself, this withholding of data is considered in the appeal as “a flagrant violation of good faith, not allowing arbitration to realistically assess the consequences of unlawful actions of these oligarchs”. The existing legal norms, “those illegal acts require the court to disregard the alleged foreign origin (Cyprus and UK) shell companies of oligarchs and eliminate the oligarchs (who were Russian citizens) from that class of foreign investors with which state courts have agreed on arbitration,” write the lawyers of White & Case. In their opinion, is “the Central question that specifies the key context for consideration by the court of the Russian Federation on refusal” enforcement of arbitral awards.