MOSCOW, January 13. The leadership of Roscosmos restricted exit on holiday abroad for employees of the enterprises of rocket and space industry, knowledgeable in the information constituting a state secret. About this newspaper “Izvestia”, the disposal of which there is a letter by the acting head of Roscosmos Alexander Ivanov, heads of enterprises and organizations of rocket and space industry. 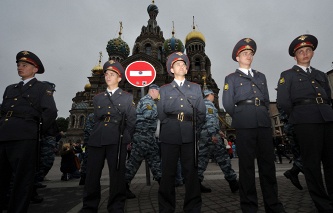 MIA: the decision on restriction on travel abroad staff took with understanding

“In order to protect the personal safety of employees of enterprises, protection of the state secret to the leaders of enterprises and organizations to limit the need to travel outside of the Russian Federation on the stay of employees knowledgeable about the information containing a state secret. Valid exceptional case for the consideration of such opportunities to put the need to obtain qualified medical help abroad in the absence of such capabilities in the Russian Federation”, – quote “Izvestia” a letter to Ivanov.

According to the newspaper, the managers of the enterprises are also required to justify the need of going to foreign business trips of their employees, especially knowledgeable in the secret information.

As preconditions for such actions, the letter States “the unprecedented scope of activities of special services of foreign States according to the total extraction of protected state and commercial secrets, until the abduction of Russian citizens in third countries”, the newspaper notes.

The letter was distributed to businesses in November and December of 2015, the Izvestia reports with reference to the source.

The Russian foreign Ministry: Russians increased the threat of being arrested at the request of U.S. intelligence

“The document was prepared on the orders from above within the framework of enhanced security measures, employees, initiatives of the Russian space Agency was not here. As far as I know, same paper it was proposed to release and other Federal bodies of Executive power. Just know that it is almost the same circular was sent out to defence industry enterprises subordinate to the Ministry of industry and trade”, – the edition quotes the words of his source.

A similar order about restriction of departure from the Russian Federation of employees of companies in the aerospace industry was released in November 2011, the former at that time the head of Roscosmos Vladimir Popovkin. However, these employees were not the owners of the third most common admission forms, the document said “the managers and employees who are aware of the information of special importance or top secret information.” Popovkin also used in the disposal of the verb “recommend” and explained that it is not about prohibition, but about the streamlining of employees to travel abroad.