In connection with glut of the oil market the price of “black gold” continued to decline for 18 months. According to the Russian Finance Ministry, the stabilization of the situation on the world oil market can take up to 12 months. 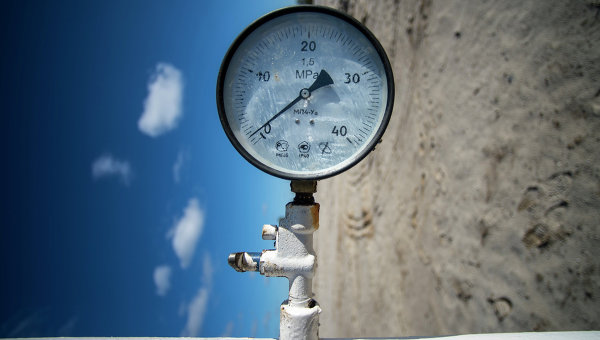 MOSCOW, 13 Jan. The stabilization of the situation on the world oil market may take three to 12 months, says the Deputy head of the Ministry of Finance Maxim Oreshkin.

“How long will this phase of liquidation (the imbalance in the oil market – ed.) — different assessments. According to our estimates, it may be very short — about three months; longer is the scenario that we will see a much lower than expected growth rate of the world economy — slowdown in the US to 1.5%, a more severe slowdown in China — it can take up to 12 months, this phase is very low oil prices,” said Oreshkin in an interview with TV channel “Russia 24”.

According to him, the current low oil prices lead to a more rapid adjustment of supply and demand in the oil market. “Current oil prices are those prices that are necessary to eliminate the excess production”, — said the Deputy Minister.

He noted that in the next few months we can expect the closure of several oil fields in the world. However, it is unlikely oil prices will be above $ 50 per barrel, said Oreshkin. According to him, the Russian authorities should be prepared for a variety of scenarios, including the fall of oil prices to 25 dollars per barrel.

Oil prices steadily falling over the past 18 months because of the glut in the oil market and a high level of production of “black gold”. In the new year the price of a barrel of Brent oil was already down in the area of 30.5 per dollar. The Minister of economic development Alexei Ulyukayev expressed the view that low oil prices will persist for a long time. The Finance Ministry proposes to adjust the budget in 2016 based on the average price of oil in 40 dollars for barrel. Now there laid the price of oil Urals in $ 50.