MOSCOW, January 13. Russian Prime Minister Dmitry Medvedev in his first speech in the new year, he urged his compatriots not to succumb to the sentiment of economic decadence, despite record decline in oil prices, the continued downturn in the economy and the ruble devaluation in the beginning of the year, but warned about the risk of a further fall in incomes, especially the middle class.

The oil price fell by 17% in 2016, Atanov the ruble. Since the beginning of the year, the dollar rose against the ruble by almost 4%. The sharp drop in oil prices forced the government to consider the possibility of reducing the number of articles of budget expenditures by 10%, as well as to consider reviewing the forecast for GDP growth of 0.7% when the price of oil at $50 a barrel, which many economists already seems unattainable. However, the Prime Minister urged not to succumb to decadent moods. 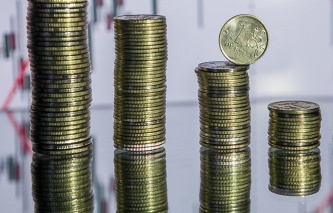 Oreshkin: the rouble at the current price of oil is fairly priced

“Today we can’t afford to be stuck at the level of “plus or minus zero”, to yield to the sentiment of economic decadence,” – said Medvedev, addressing the participants of the Gaidar forum, the first in this year of a major economic conference, named in honor of Yegor Gaidar, the Prime Minister of the Russian government in 1992, which undertook painful economic reforms in an environment of low oil prices.

The Prime Minister compared the situation at the beginning of 2016 with the situation a year ago, when as a result of falling oil prices and economic sanctions by Western countries because of the events in the Ukraine also saw a sharp devaluation of the ruble.

“Suffice it to recall what the original data we started 2015: we’ve had queues in the exchange offices, the markets panic, the gloomy forecasts for growth in unemployment,” the Prime Minister said. He said that maintaining financial stability is possible due to the volume of foreign exchange reserves and low levels of debt, calling the situation in the economy is difficult, but manageable.

The government without any errors

Medvedev said that the ruble devaluation has positive consequences for the Russian economy. According to him, the economy ceases to show signs of the so-called “Dutch disease”, when, as a result of high prices for export commodities, the economy begins to suffer from excessive capital inflows, which leads to the strengthening of the national currency and makes the industry uncompetitive.

First Deputy Prime Minister Igor Shuvalov, who oversees financial-economic bloc, said that in 2015 the government has not made serious mistakes. 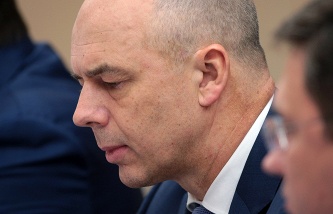 Siluanov not preclude a repetition of the 1998 crisis, if the country does not optimize their costs

“I think we all, as ordinary people in the current circumstances, make mistakes. But all that have characterized our operations for 2015, the government didn’t made any big mistakes”, – said Shuvalov.

Medvedev noted that, despite the devaluation, the mass flight from rouble. Finance Minister Anton Siluanov said that in the current situation, additional measures to stabilize the ruble is not required.

According to the Minister of economic development Alexei speaker, the Russian government is preparing a stress scenario for the economy, which will be based on the average price of oil at $25 per barrel, which is not ruled out by many analysts.

“We are preparing a stress test scenario in order to be prepared for any eventuality,” said the speaker. The Minister added that in such a scenario, the dollar may cost more than 80 rubles.

Siluanov suggested that the updated budget for 2016 could be based on the price of oil at $40 a barrel, as the Ministry predicts its rise during the second half. This Siluanov urged to be prepared for the price of $30 per barrel.

According to analysts, the oil price is falling because of oversupply caused by the unwillingness of member countries of the Organization of countries-exporters of oil (OPEC) to cut production for fear of losing market share, a possible return to the Iranian market after the lifting of sanctions, and the U.S. decision to resume oil exports. However, many analysts noted that the sharp decline are speculative factors that have a short term effect. 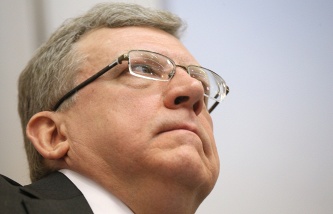 “Now there is a very hard balancing the oil market. No one cuts production, and, most likely, in the nearest future we will observe further decline of prices”, – said Siluanov.

He called in these conditions to maintain tight fiscal policy and warned against a hasty increase in government debt, in particular due to the fact that the interest rates for Russia in terms of sanctions remain high. Soft budget policy, according to Siluanov, could lead to a repeat of the 1998 crisis when the country’s default on its obligations led to the devaluation of the rouble and jump in inflation.

Medvedev noted that the most serious consequence of the crisis in the economy was the decline of living standards, saying that the sharp growth of incomes of the population in recent decades was the result of a conscious policy of the authorities, which were performed sometimes at the expense of economic modernization. 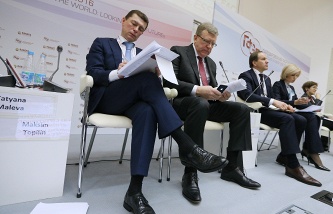 Medvedev added that the income growth outpaced the growth rate of the economy. The current crisis stopped this growth, which is painfully perceived by the population. Real disposable income for the 11 months of 2015 in annual terms decreased by 3.5%.

“Many have become poorer, and hurt the middle class. This is, perhaps, the most painful consequences of the economic shocks of the last year, because in the last 15 years we have achieved significant success in the fight against poverty,” he said.