MOSCOW, January 13. One of the main risks for the Russian economy is a transition from the consumer behavior pattern of the population to savings. 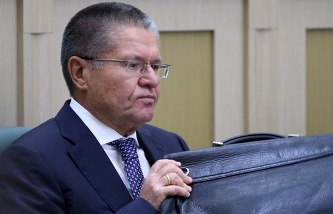 The speaker: the period of low oil prices can last for decades

This was stated by the Minister of economic development of Russia Alexei Ulyukayev, speaking at the Gaidar forum in 2016, organized by the Ranepa and the Gaidar Institute.

“There is a risk, from my point of view, very serious. This change in consumer behavior of the population – a shift from consumer models to savings. From the second quarter of last year, he emerges very clearly”, he said.

This means that the population is beginning to reassess future prospects, he said. “People start without knowing it, to live in a new normality”, he said.

However, on the one hand, it’s a risk, but on the other hand it can be a powerful driver for development, said the speaker.

Ministry of energy: the Russians must pay for electricity more than industrial facilities

The Ministry of construction of the Russian Federation: tariffs for housing and communal services will grow by 4% in 2016

“On the one hand, this fits into the global new normal. On the other hand, powerful savings activity creates a resource that with proper alignment of relevant institutions and tools will provide the basis for investment growth,” the Minister said.

Russian trade turnover in 2015 has fallen by more than 30%

“We see that it (the trade) is experiencing a significant downturn this year, it is more than 30% decreased. For Europe – this 37-38% decrease,” – said the Minister.

According to the Minister, a big problem for the Russian economy did not create the quotes of the ruble and high volatility. “The problem is not that the high or low quotation currency, the problem is not whether a dollar 30 or 70 rubles, and that it varies greatly “, he said.