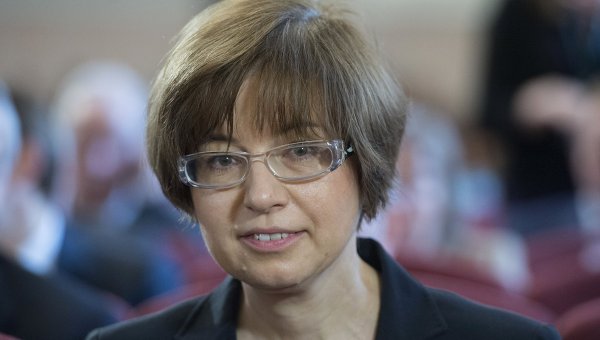 MOSCOW, 13 Jan. Inflation in Russia will continue to decline, but slower than anticipated in the baseline scenario of the Central Bank; the Russian economy is able to find new “points of growth”, said the first Deputy Chairman of the Central Bank Ksenia Yudaeva.

“Inflation will continue to slow down, although more slowly than in the base scenario, particularly in 2016”, — said Yudaeva in an interview with TV channel “Russia 24”.

The output of the Russian economy on a sustainable growth path will also take a bit longer, because you will need to be adapted to the new conditions, she warned.

“But nevertheless, in all cases, the economy is able to adapt, able to find new points of growth, growth with low inflation, maintaining its financial stability and sustainable situation in the financial sector”, — said the first Deputy Chairman of the Central Bank.

The Bank of Russia keeps its forecast for inflation in 2016: 5,5-6,5% in the baseline scenario with average oil price of $ 50 per barrel and 7% in risky scenario with oil priced at 35 dollars, announced earlier on Wednesday the head of Department of monetary policy of the Central Bank Igor Dmitriev. However in December the regulator warned that long-term preservation of oil prices below 40 dollars per barrel will create substantial risks to this forecast.