EKATERINBURG, January 14. Hearing on the case of bankruptcy of member of the legislative Assembly of Sverdlovsk region from the party “United Russia” Ilya Haffner postponed until 9 February. It will address the defense’s motion to dismiss due to lack of MP assets to pay off debts, said the regional Arbitration court.

“The defense filed a motion to dismiss on the claim of Russian agricultural Bank in connection with the fact that in the accounts of the Respondent has no funds to repay the debt to the credit institution and the property of the member no assets,” he said in court. 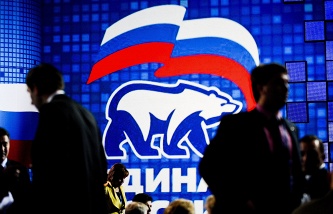 The Deputy advised “to eat less” in crisis, denied the withdrawal from the “United Russia”

According to the Declaration on incomes for 2014, posted on the website of the legislative Assembly, Haffner owns an apartment of 110 square meters, his income amounted to 2.2 million rubles.

The claim about bankruptcy of Gaffney filed Rosselkhozbank. The credit institution does not reveal the essence of claims to the MP. “Haffner I. V. is a customer of the Bank. In accordance with the Federal law “On banks and banking activity” the amount of loans, conditions of the conclusion of credit transactions and other information is a Bank secret”, – said the press service of the Bank.

Previously the regional Directorate of the Federal bailiff service (FSSP) Russia has restricted the exit of Haffner abroad from-for debts for the sum about 200 million roubles. “Travel abroad to the Deputy Ilya Gaffner is limited to 16 March because of a debt to 196 million roubles. By the end of this period the decision on restriction of departure will be revised: either renewed or withdrawn if debts are discharged,” – said the Agency interlocutor. Later he was expelled from the political Council of regional branch ER.

Haffner became famous for the Council to Russians “eat less” in a crisis. In January 2015 during the event “United Russia” on monitoring of prices in stores, he said: “If, roughly speaking, not enough funds, it is necessary to remember that we’re all Russians, the Russian people were hunger and cold, you just have to think about our health and less to eat”. His quote got a response in social networks and media.

In October 2015 the Deputy again received a large number of mentions in the media once in Yekaterinburg opened a criminal case against two youths for theft of wheels. According to local media, the suspects are Gainutdinov Igor and Nikita Haffner, the son of Elijah Gaffney.