MOSCOW, January 14. In Crimea on Thursday has been put into operation additional mobile gas turbine power plant (MGRES) capacity of 22.5 MW, delivered to the Peninsula from the far Eastern Federal district. This is stated in the message the Ministry of energy of the Russian Federation.

Entered the power plant will reduce the power shortage at peak hours in the Crimean Federal district by more than 15%. 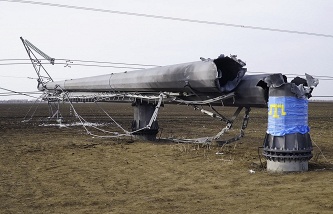 Poklonskaya: Crimea the damage from the blackout exceeded 360 million roubles

Also, according to the Agency on January 14, fuel reserves when operating at the rated capacity of all 14 of the gas turbine power plant in the Crimea will last for 13.5 hours.