As variants of privatization “Helicopters of Russia” considered the possibility of selling the holding to a strategic investor and the repurchase of the company’s managers, said the Minister of industry and trade Denis Manturov. 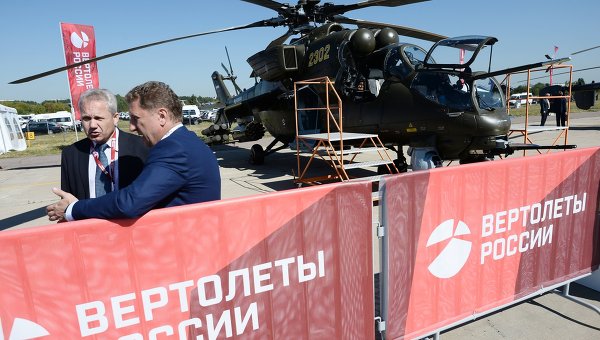 MOSCOW, 14 Jan. The government does not give up plans of privatization of the holding company “Helicopters of Russia”, it can be package sale to a strategic investor or buyout managers, said the Minister of industry and trade Denis Manturov.

“We have not abandoned plans to enter the market (IPO holding “Helicopters of Russia” — ed), but most likely will be using… the second method of implementation is the sale to a strategic investor, and, finally, the third way — this may be partly forgotten or unused MBO, management buyout (repurchase of company’s managers — ed.),” he said, speaking at the Gaidar forum.

The head of the holding Alexander Mikheev at the end of December said that “Helicopters of Russia” to begin consultations on attracting investors in the first quarter of 2016. The holding company previously tried to IPO, but because they didn’t receive adequate supply in the market, the program is attracting new investor was curtailed.

“Ways, how we go to markets, how will razgovarati already existing structures with state participation, three of them. The most affordable is the open markets, but in the case of those companies, for example, oil and gas, the stable work of the state banks, but if we are talking about engineering companies, it is not always possible to obtain the reference price,” — said Manturov.

The Minister noted that several years ago IPO “Helicopters of Russia” has been cancelled due to the impossibility to obtain an objective assessment of the. “We have experience on “Helicopters” is probably the most prepared was the structure engineering for an open financial market. We had an experience a few years ago. We took off with the IPO. Why? Because there was no reference price on the shares of this company, with all indicators suggest that the company is stable from the point of view of revenue, so from the point of view of EBITDA and borrowings, which are at the company, so, however, we have not abandoned plans to enter the market”, — said Manturov.

“Helicopters of Russia” is one of the global leaders in helicopter production. The holding was established in 2007. According to the company’s report on results in 2015, the major shareholder of the holding company is a Corporation Oboronprom, which owns 98.5 per cent of the shares (the “Oboronprom” on 83,95% owned by GC “rostec”).