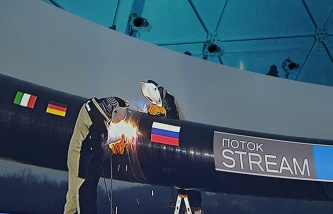 The Ministry of economy of Bulgaria: the project “South stream” at any time can be resumed

“This project is stopped and there is no negotiations and actions. With Bulgaria we always communicate in different formats,” he said.

About the possible restoration works on the project “South stream” in the next few weeks previously reported by the Bulgarian newspaper “Standard”. According to the publication, “such signals from Russia received Bulgarian Prime Minister Boyko Borisov”.

There are two main reasons why Moscow might resume the project, frozen in summer 2014. One of them is the sharp deterioration of relations between Russia and Turkey.

The second reason is the recession in the Chinese economy, which has stalled “Power of Siberia”, says the publication, citing experts and sources in the government. 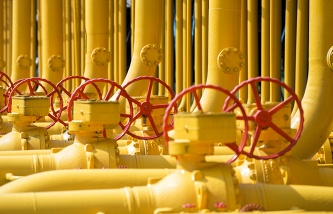 The Ministry of energy of the Russian Federation: work on the project “South stream” is still stopped

In December 2014, the Italian Saipem, part of Eni group – Italian partner of Gazprom, has received notification of the suspension of the “South stream”.

The project “South stream” worth 15.5 billion euros was designed for delivery in Europe 67 billion cubic meters of gas per year.