Inflation reached a high level due to the fall in world market prices for key products of Ukrainian exports, and the banks ‘ bankruptcy was inevitable, said President of Ukraine. 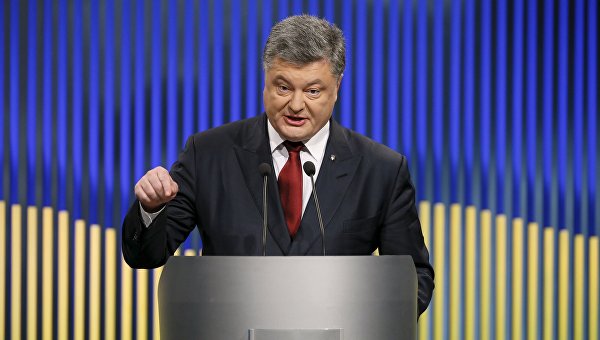 KYIV, 14 Jan. The President of Ukraine Petro Poroshenko satisfied with the work of Valeria Gontareva as head of the National Bank of Ukraine, despite high inflation and devaluation of the national currency.

“I want to Express my satisfaction with the activities of the National Bank. The argument was very persuasive. The bankruptcy of the Bank system of Ukraine was inevitable, because problems have accumulated since 2008. A huge number of “banks-dummies”, which had only a political or oligarchic guise, had contaminated the entire banking and economic system to date from this infection of the Ukraine have managed largely to protect”, — said Poroshenko during a press conference on Thursday.

He noted that inflation reached a high level including because of falling world market prices for key products of Ukrainian exports, such as agricultural products, products of metallurgical and chemical industries. The President stressed that in 2016 the government provide “a significant reduction in the rate of inflation”.

The rapid decline of the Ukrainian currency continued throughout 2014 on the background of unstable situation in the economy. Moreover, for the first two months of 2015, the hryvnia depreciated by 200% — the rate of devaluation has accelerated in mid-February after the country’s Central Bank ceased artificially support the national currency. Today the exchange rate of the national Bank of Ukraine — 23,64 hryvnia per dollar. Kiev hopes for a rate of 22.4 hryvnia per dollar in 2016.