NOVO-Ogaryovo, January 14. Russian President Vladimir Putin praised the Agency for strategic initiatives for 2015. At the meeting of the Supervisory Board of ASI, the head of state thanked the Agency for the work.

“You have proposed some interesting ideas, system projects, was able to unite around them the business community, experts, representatives of civil society, the authorities have worked quite effectively,” Putin said. 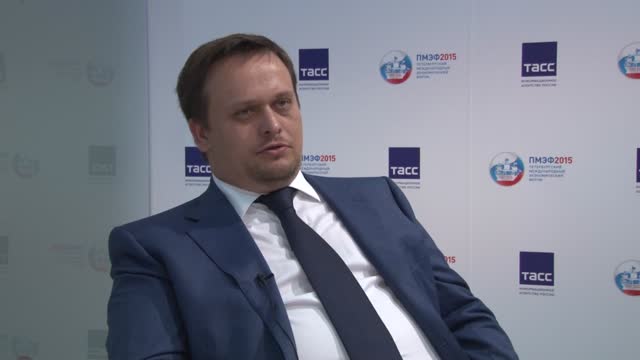 The Agency for strategic initiatives: loans for small business will be accessible

In his words, “cooperation has been established with new institutions – the industrial development Foundation, the Russian centre for expertise of the development Corporation of small and medium business”. In the opinion of the President, “this broad cooperation helps to achieve results in the interests of the whole economy, the whole country.”

Putin also noted the “significant contribution of the Agency in the development of staff training system on the basis of international standards”. In his estimation, “an important event was the conquest of the right to host in 2019 in Kazan, the world championship of working professions, should serve as a good stimulus for the development of the national vocational education, to improve prestige of working professions”.

The head of state expects that in 2016 ASI “will actively participate in realizing the common strategic objectives identified in the address (of the President) to the Federal Assembly”.

Putin has also tasked the Agency for strategic initiatives to promote the development in regions “a truly effective, modern-minded management teams.”

“The most important condition of dynamic development of the country is an extension of freedom of business, freedom of entrepreneurship”, – said Putin. He recalled that in this area “many of the barriers in Federal legislation removed”.

“Now it is essential to ensure proper application of already adopted decisions, regulations, primarily on the ground, spread all over the country the best practices of entrepreneurs”, – said the President. “The task of the Agency is to promote formation of regions in a truly effective, modern-minded management teams who understand the needs of businesses – key partners in economic development of the country,” the President said. The President instructed the AGENCY “to develop a center for the exchange of best practices on the basis of the Academy of state service in the form of a permanent workshop”.

Speaking about the development of modern professional standards, the President urged “to adopt the most advanced international requirements”. “We need to continue to enhance the role of Champions of working and engineering professions, the role of the Championships, competitions, as the key tools for assessing the quality of the domestic system of training”. The head of state recalled that in December 2015 in the message to the Federal Assembly spoke of the need to formulate a national system of championship of young professionals, which would include competition for children from 10 to 17 years.

“The results of inspections shall be open to the public”

Putin considers it necessary to make public the results of inspections for the enforcement of regulations in the regions. 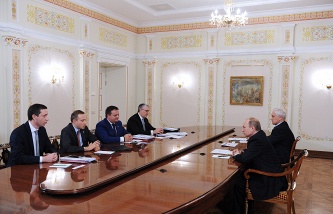 The Agency for strategic initiatives. Dossier

“I am convinced that the results of such audits should be open to the whole community, citizens and, of course, it will help to improve the business climate in the future, will become an effective anti-corruption mechanism,” he said.

Putin said that in 2015 year as a whole the “road maps” National entrepreneurial initiative, “dramatically changed the legislative and regulatory framework” for the conduct of business. “An objective mechanism for assessing enforcement in the field in the RF subjects – business support was the national rating of investment climate”, – the President recalled.

In his opinion, “it is important that the SIA organized control by entrepreneurs over the quality of the adopted legal acts primarily at the level of regions and municipalities”.