The main focus will be the performance of the Agency for strategic initiatives (ASI) for 2015, as well as to the National rating of investment climate in Russia. 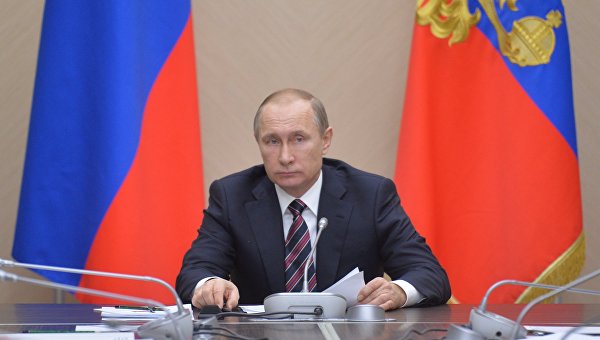 MOSCOW, 14 Jan. Russian President Vladimir Putin on Thursday will hold a meeting of the Supervisory Board of the Agency for strategic initiatives (ASI), where it is planned to discuss objectives for the current year and the results of the National rating of investment climate in the regions, reported the press service of the Kremlin.

“The main attention will be paid to the results of the Agency’s work in the past, 2015, including the National rating of investment climate in subjects of the Russian Federation. Also we will talk about tasks for 2016”, — stated in the message.

According to the ranking 2015 the leading regions recognized Tatarstan, Kaluga, Belgorod, Tambov, and Ulyanovsk region. The rankings, in particular, takes account of the local entrepreneurs of the actions of the regional authorities on creation of conditions for doing business.

In addition, as noted in the Kremlin, the President will talk about results of carrying out in regions of the country Championships on working professions WorldSkills methodology.

Russia joined WorldSkills international movement in 2012. Regional Championships are held in more than in half of subjects of the Russian Federation. At the General Assembly of WorldSkills International in Sao Paulo Kazan was chosen as the host city of the WorldSkills world Cup-2019. Earlier it became known that in 2016 will be six inter-regional centers of excellence for clusters of occupations to prepare for the world championship 2019.

It is not excluded that will be discussed the implementation of the instructions of the President on creation of children’s parks and innovative centres of youth creativity. In the framework of this project in some regions of Russia already in the nearest time will start to operate special industrial parks for children.

In 2015 in Naberezhnye Chelny has opened a science Park, where students, together with specialists of KAMAZ are allocated to work on the creation of unmanned models of car and aircraft technology.

“Another important topic for discussion will be support for social initiatives aimed at improving the quality of life of persons with disabilities”, — noted in press service.