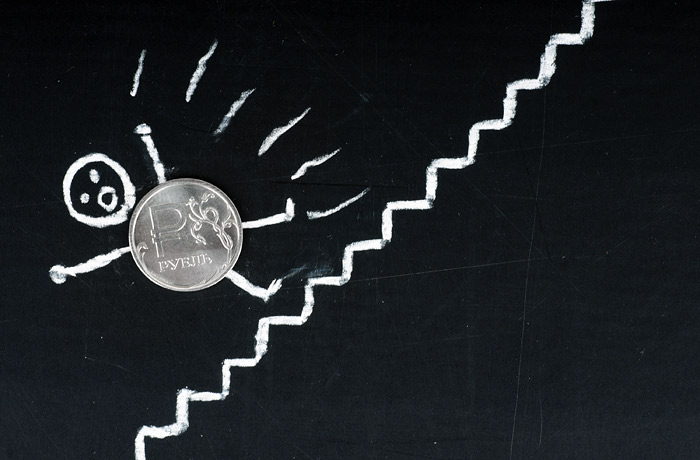 Moscow. January 14. The dollar was little changed on the Moscow exchange on Wednesday at the opening, the ruble can withstand the impact of falling world oil prices.

Bidding on the dollar began on Thursday with deals in the range 76,55-77,0 of the ruble, in the first seconds mainly the dollar was quoted closer to the mark of 77 rubles, but then withdrew, and on average over fifteen minutes the rate was 76,67 rouble (corresponds to the level of the previous close). The Euro cost was 83.3 ruble (-9,5 penny). The bi-currency basket amounted to 79,655 ruble (-4,5 a penny).

Thus, according to experts, the fall in world oil prices has had on the ruble only a limited effect. The price of Brent crude oil was under pressure because of expectations of increased supplies of raw materials and Iran after the withdrawal next week of existing sanctions against it, reports Bloomberg.

In the evening on Wednesday, the Brent oil for the first time since April 2004 fell below $30 per barrel. Futures price for Brent oil for February on London’s ICE Futures exchange at 10:00 MSK amounted to $30,4 per barrel, which roughly corresponds to the previous closing. Iran after sanctions are lifted can during the month to increase production by 3.7%, according to analysts.