TOMSK, January 14. Vice-mayor of Tomsk for social policy Oksana Kravchenko, who was fined and lost his rights for a year and a half for driving drunk, left the post at own will, have informed in a press-service of city hall.

“January 14, Oksana Kravchenko has submitted a letter of resignation. She thanked the mayor for working together and expressed regret over what had happened to her the incident. The mayor agreed with this decision and signed a statement about her departure,” – said the press service. 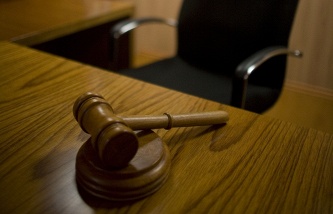 Vice-mayor of Tomsk have lost the rights for drunk driving

The incident, according to police, occurred on December 29, 2015. Late in the evening the attention of the traffic police caught the car driving off with lights. Behind the wheel was a woman. She showed the business card of an employee of a city administration of Tomsk. The police suspect that the driver is intoxicated, the result of the inspection confirmed this.

Magistrate’s court fined the violator with 30 thousand roubles and has deprived the right of management by vehicles for a year and a half.