KALUGA, January 14. /Corr. Alevtina Zubrilina/. Sales of cars of German concern Volkswagen in Russia in 2015 decreased by nearly 37%, according to the company. 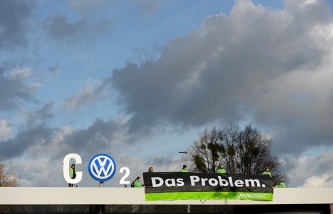 Only in 2015 Volkswagen has transferred to the customers around the world 9.93 million cars.

“Sales of almost 10 million cars – this is an outstanding result, above all, on the background of continuing difficult market conditions in some regions, – said the Chairman of the management Board of Volkswagen Aktiengesellschaft Matthias Mueller. – While the market situation in Brazil and Russia reflected in the sales performance of our brands, we were able to increase deliveries to Europe, North America, overall, and in the U.S. we have also demonstrated growth.”