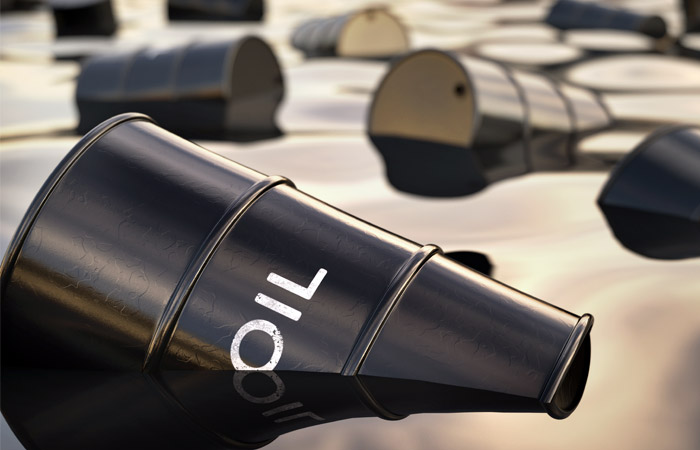 Moscow. January 14. Oil quotes continue to update the ten-year lows, and the $20 per barrel of Brent crude oil no longer seems the majority of the experts interrogated by Agency “Interfax”, so unreal.

Meanwhile, analysts still believe that oil prices will remain at such low levels for a long time, and believe that the deeper the current will drop, the stronger will be the rebound in the future.

When the end of sales

Currently the oil market is ruled by short-term factors and fear of uncertainty. However, even if we assume that in the short term from oil prices there is no limit to the fall, it is clear that very long cheap oil will not be, analysts say. Meanwhile, there are experts who believe that production growth will continue at $20 per barrel, which will allow oil to be cheap for a long time.

“Prices drop to $20-25 per barrel in the long term one-two months is quite possible, especially considering the fact that soon the oil will enter the market of Iran. Moreover, there is the likelihood that after reaching the market of Iran in defiance of Saudi Arabia will start dumping and it will have on the value of the additional oil pressure”, – said in an interview with analyst at Bank of America Merrill Lynch Global Research (BofA-ML) Karen Kostanyan.

At the same time, he noted that long – more than two-three months at $20-25 per barrel oil prices to stay can not.

“$20 per barrel is still very low. And even if oil prices fall to this level, long to hold him she will not be able to: a maximum of a couple of weeks. At $20 per barrel will begin to reduce its production even where no one expects it. Our forecast – us $48 per barrel in the fourth quarter,” said analyst of investment company (IK) “URALSIB capital” Alexei Kokin.

Analyst of investment company (IK) “Opening the Capital” Artem of Death is also of the view that $20 per barrel – is too pessimistic forecast, which has little chance of being implemented.

The analyst of financial group (FG) “BCS” Cyril Tachennikov notes that currently on the market there are problems with sales because of oil overproduction and overstocking of warehouses. “Until this issue is resolved, oil price could fall and fall,” he said.

Tachennikov emphasizes that the preservation of wells is worth the money, besides, no one’s going to do while there is expectation that eventually the oil price will recover. “So at $20 per barrel, even if it is unprofitable production, the company will continue to pump oil. Limit drop down, in fact, does not exist,” he added.

According to the analyst one of the largest investment banks, now the market is ruled by mass hysteria. “So talking with a certain probability, where next will move oil to $20 or $40, currently it is rather difficult, one might even say that is impossible,” he said.

“I do not exclude the option that if the oil price will fall to $20-25, then these low levels it may be delayed. Why not? For example, for the Russian oil companies at a price of $20-25 per barrel and ruble exchange rate of 80 rubles/$1, the cost of oil is around $6.5 per barrel, and taking into account transportation through the Transneft system, which is about $3, the total cost will be somewhere around $10 for the extracted barrel of oil. If oil prices fall to $15 per barrel, we will not be required to pay taxes. Therefore, even when low prices reduce production, for example, from Russia, most likely, will not happen,” – said the expert.

Low prices lead to no good

Still, most analysts expect recovery in oil prices during 2016, because they believe that when the price of oil at $20-25 per barrel, the proposal will fall steadily. Moreover, the longer oil prices will be at extremely low levels, the longer and stronger will be the rebound in the future, experts say.

“The market ignores fundamental signals, I have the feeling that he is completely divorced from reality. The reduction of oil observed since the second half of last year, with demand growing. Moreover, it is obvious that the proposal will continue to decline, as investment in the industry amid low oil prices decreased significantly, however, they will keep falling at an accelerated pace,” – says the analyst of Gazprombank Alexander Nazarov.

In his opinion, yet the market ignores these factors, therefore, it is possible that oil prices will be for some time to be at extremely low levels. “However, the longer oil will be this cheap now, the stronger and longer it will grow its value then. Of course, up to $100 per barrel it will not rise, but above $45 per barrel of Brent crude oil will likely rise,” said Nazarov.

By estimations of an analyst of Gazprombank, during the year, oil prices return to levels above $45 per barrel.

Analyst at BofA-ML Kostanyan also believes that in the medium term, oil prices will rise. “First of all, at current oil prices inevitably fall due to reduced volumes of low-margin production of oil, especially shale oil in the United States. Secondly, nobody cancelled the increase of world oil demand, which is growing quite rapidly. We should not forget that low oil prices are boosting world economic growth and its very consumption. Our forecast for the end of 2016 for the Brent crude oil – $50 per barrel”, – he said.

That after a strong fall in oil prices will be followed by a significant rebound, sure and analyst FG “BCS” Tachennikov. “At very low oil prices will not be developed new fields, so production will begin to fall as a result of a reduction in investment. Thus, the more the prices will fall on the oil, the faster will be their growth then. On average for the current year I expect Brent oil at $56 and the end of the year – $65 per barrel,” he said.

According to analyst IK “Opening the Capital” the Death, if the movement of oil prices will continue down, OPEC may adopt a decision on reduction of quotas. “If we stick to the view that low oil prices OPEC excluding from the market low-margin oil producers, much sense for a cartel to keep prices at $20 per barrel no. Already at $30 per barrel most companies with high cost of oil production are experiencing difficulties, so there is no need to keep oil prices at extremely low levels. Especially the possibility of lower OPEC quota increases, given that some countries included in the cartel, also rather strongly affected by low oil prices”, – said the Death.

He estimated that, on average, for the current year the price of Brent crude will be at $48 per barrel, and at the end of the year will be about $50.

The forecast price for Brent crude in 2016 from analysts IK “the Renaissance the Capital” is $40 per barrel.