Anti-Turkish sanctions must be carried out very well, without forgetting the protection of those Turkish companies that have invested in Russia, said the head of Sberbank German Gref. 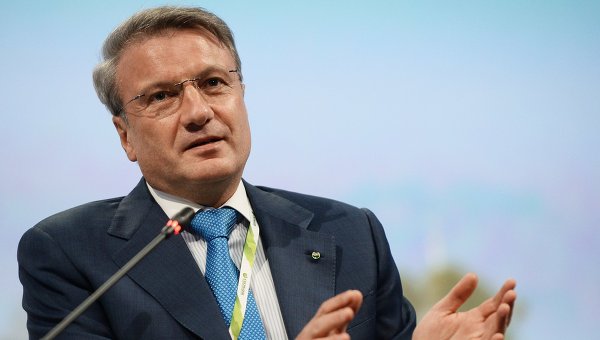 MOSCOW, 15 Jan –. Special economic measures against Turkey should be very correct, said the head of Sberbank, having a subsidiary in Turkey, German Gref.

“As for anti-Turkish sanctions, I believe that they should be very, very correct because you should first think about the protection of those Turkish investors that have invested in the Russian Federation. Of course, we try to be in contact with authorities and we’ll do something to help the investors and our customers,” said Gref to journalists on the sidelines of the Gaidar forum at the Ranepa 2016.

He refused to comment on statements by the Ministry that the savings Bank has addressed in the Ministry with a request for exemptions from economic specter against Turkey. “I can’t comment on what I’ve heard,” said Gref.

The Ministry did not specify what exemptions have been approached by the savings Bank. According to the decree of the President of the Russian Federation on specmark against Turkey and adopted in its development with government regulations, from 1 January banned a series of activities in Russia to organizations under the control of Turkey, its companies and citizens, moreover, Russian employers may not employ nationals of Turkey.

On the last point, in late December the government published a list of 53 Russian companies, which can attract new Turkish employees. Among them, the joint-stock company “Denizbank Moscow” — subsidiary of the Turkish Denizbank is controlled by Sberbank.