When there will be a natural shift of generations, the physical flow in banks will fall and the situation in the banking sector will change drastically, said the head of Sberbank German Gref. 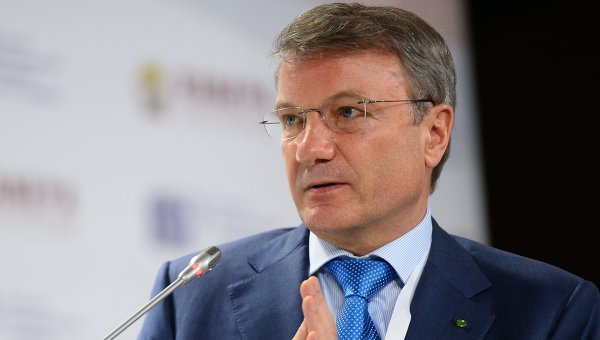 MOSCOW, 15 Jan. After five years in Russia there will be no Bank without a new platform and services online banking, the head of Sberbank German Gref.

“In that sense, inner transformation in banks’ there is an enormous rate, I think that over the last three years have witnessed a major breakthrough”, — Gref said, the ledge at the plenary session of the Gaidar forum at the Ranepa. In the countries of North-Western Europe approximately 95-98% of all services provided through online banking, he said.

“They have a physical network dies. Each year I expect our physical network will finally begin to fall in demand,” he added. But until that happens: in 2015 the growth of the physical flow in branches of the savings Bank amounted to 6% vs. 18% in 2014, he said.

“I don’t know what will happen this year. That’s when the recession will and will be a natural change of generations, I think, then everything will change drastically,” suggested the head of Sberbank.

“I think the banks themselves will die much earlier in their traditional sense, rather than their customer preference… I Think in the next five years there will be no Bank that would sit on a new platform, and fully digital. I think another ten years will continue the demand for traditional banking services,” predicts Gref.