PETROZAVODSK, January 15. /Corr. Igor Lukyanov/. To the territorial election Commission Petrozavodsk has received a request about registration of initiative group on holding a local referendum. It will offer the citizens to discuss issues of review 23 deputies of the city Council who previously sent in resignation of mayor Galina Shirshina, said Commission Chairman Gregory Patrik.

“Received the petition for registration of initiative groups about the referendum. There are 24 questions: 23 questions on the recall of deputies and one to change the city Charter,” said Patrik.

According to him, the initiative group may be registered after verification of submitted documents and submitted to a referendum questions on compliance with legal requirements. All this may take about 50 days.

Deputies may lose their mandate

According to the Charter of Petrozavodsk city residents can recall the MP on the referendum. The people’s Deputy may lose his authority if his comments will vote for at least half of the voters registered in the constituency. 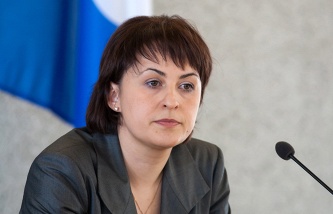 As told participants of the initiative group, a resident of the city Vitaly Fleganov, some of the citizens of Petrozavodsk do not agree with the decision of deputies about removing the mayor from office. “In Petrozavodsk were held several rallies in support of Galina Chisinau. After that it was decided to try to withdraw through a referendum of those MPs who voted for her removal from office,” said Fleganov.

Another question concerns the possibility of amending the city Charter only by referendum, he said.

For the referendum, according to Putrika, it is necessary to collect 5% of signatures of the total number of residents of the city, which is approximately equal to 10.5 thousand people. On the collection of signatures is given 20 days. The date of holding the city referendum will appoint Petrozavodsk city Council.

Assessment of municipal electoral Committee, the referendum, if he still will be a cost to the budget of Petrozavodsk in the 10-11 million roubles.

Members of the city Council of Petrozavodsk on December 25 sent Galina Shirshina to resign for dereliction of duties within three and more months. The decision was taken by 23 of the 26 deputies. Their claims to the mayor, they set out on pages 68. Head of Karelia Alexander Khudilainen has expressed consent to its resignation.

After that, Galina Shirshina appealed to the city court of Petrozavodsk with the claim about recognition illegal and cancellation of the decision of deputies about removing her from office. The first hearing is scheduled for January 19.