The statement of the head of Sberbank German Gref that Russia is a country-downshifter, is untrue, said a member of the state Duma Nikolay Levichev, noting that after these words the head of the state Bank should leave his post. 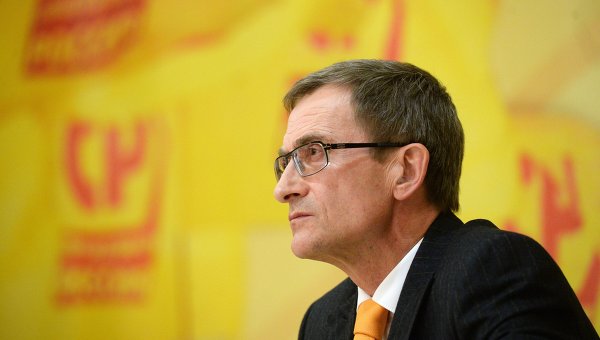 MOSCOW, 15 Jan. Vice-speaker of the state Duma Nikolai Levichev (“Fair Russia”) considers that the head of Sberbank German Gref needs to resign after his claims that Russia is a country of downshifter.

This statement Gref did on Friday at the Gaidar forum at the Ranepa. According to him, Russia as a country-downshifter lost in social and technological competition. Downshifting meaning in English switch the car into a lower gear, is used as a term denoting philosophy of life “life for me”, “refusal from common goods”, the reluctance of career growth. Related to the concept of simple living — simple life.

“I think that after such statement the head of the largest state-owned Bank would have to leave his post voluntarily resign,” — said Levichev journalists.

He did not agree with the estimates Gref, noting that the military-industrial complex, nuclear and aerospace industry there are a number of developments that are fundamentally new technological solutions.

“In this process of real modernization involved huge teams of talented scientists, engineers, and workers”, — said Vice-speaker of the state Duma.