A list of companies that the Federal customs service will allow us to import Turkish textiles in Russia will be the Ministry of industry and trade. 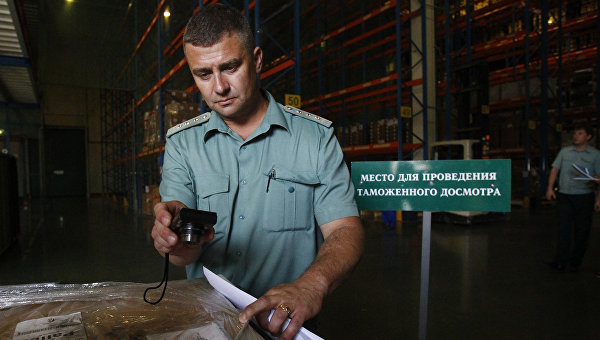 MOSCOW, 15 Jan. The Ministry of industry and trade of the Russian Federation forms the list of companies to get the right to import Turkish textiles to Russia, reported the newspaper “Izvestia” on Friday.

“The Ministry of industry and trade generates lists of companies importing Turkish textiles, which the Federal customs service (FCS) will allow us to import the goods to Russia… we are Talking about importers of fabrics and textile products — the “white list” of importers of readymade garments is not planned, moreover, previously the leadership of the Ministry of industry and trade stated the desire to ban Turkish finished product” — the newspaper writes.

On Wednesday, the Ministry of industry and trade asked the relevant organization Soyuzlegprom (unites manufacturers of linen) to fill the form in the FCS, in which you need to specify the provider (exporter, manufacturer) and address, the consignee, commodity codes and their names, telling “Izvestiya”. This will allow the customs officer to pass through the border of those who brought fabric to the domestic factories, the newspaper said.

The President of Souzslavprom Andrey Razbrodin clarified to “Izvestiya” that while the Russian manufacturers cannot completely abandon Turkish fabric, besides official ban on the smuggling of textiles from the Republic of Turkey was not, however, imported product is on the border since November.

“The idea is to have an accurate picture of who with what products work, the next step is to identify those who will continue to supply products from Turkey, and who should refocus on supplies from other countries, said Razbrodin.