On 16 January in Detroit (Michigan, USA) to the General public, the traditional international auto show, which runs until January 24.

The auto show is held in Detroit in the 109th time. The exhibition will be presented more than 50 premieres from the world’s largest automakers. 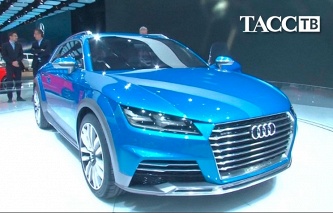 On 11 and 12 January the motor show is open to journalists, and on 13 and 14 January planned events for the business. January 15, the show organizers will hold a charitable view, but from 16 January the showroom will be available to the public.

In 2015, the showroom was visited by more than 5,000 journalists from 60 countries, as part of the show were more than 40 world and North American premiere screenings as production vehicles and concept cars. Dominated among the new sports cars and are popular with the Americans pick-UPS.

Auto show, received the status of an international exhibition in 1988, not only pleases the experts and motorists, but also brings tangible benefit to the failing economy of the city: in 2014, the proceeds from the event totaled $375 million, a significant role is played by the fact that the participants and guests of the show in its days shooting thousands of hotel rooms in Detroit, which in the last year and a half (from July 2013 to December 2014) were left bankrupt.