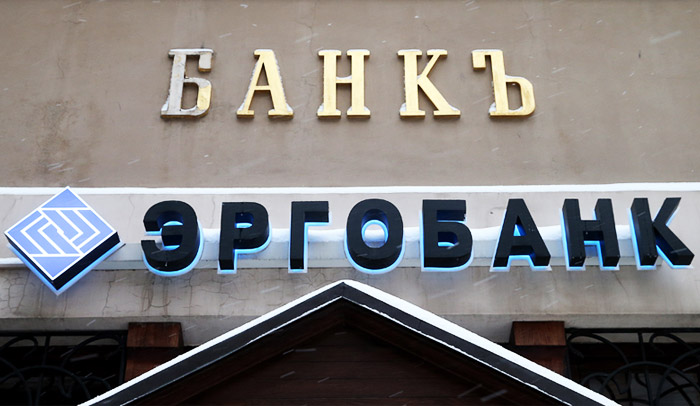 Moscow. January 15. The Central Bank withdrew the license for banking operations at the Moscow Ergobank, the report said the Central Bank.

License revoked from January 15 – this is the first review of the licence of a Russian Bank in 2016.

“With a poor quality of assets of Ergobank inappropriately assessed credit risks taken. Appropriate credit risk assessment on the request of the Supervisory authority revealed a total loss of the capital of Bank”, – says the Central Bank in a press release.

In connection with loss of liquidity the Bank did not timely fulfill liabilities to creditors and depositors, the Central Bank notes. According to the regulator, the management and owners of Ergobank has not taken effective measures to normalize its activity.

The Bank appointed a temporary administration, the powers of the Executive bodies are suspended. The Bank is a participant of the Deposit insurance system.

Earlier it was reported that Ergobank experiencing since December 2015 liquidity problems, negotiating with potential Bank-a sanator and plans to obtain the funds to calculate the depositors in January 2016.

On the website of Ergobank States that its services are used by more than 60 organizations of the Russian Orthodox Church from 18 dioceses. For its part, the Bank regularly provides charitable assistance in the restoration of temples.

Earlier, several media outlets reported that the ROC is negotiating to buy a controlling stake in ergobank of, however, the Moscow Patriarchate this information is not confirmed and named “duck”.

Ergobank established in 1994, in the first three quarters of 2015 is 317 th place by assets and 240th place (about 3.8 billion) on volume of attracted funds of individuals in the ranking “Interfax-100” prepared “Interfax-CEA”.

The Bank is owned by the Chairman of the Board of Ergobank Vyacheslav Barmin (it owns 23.5 per cent of shares), Mr Gasparov (23,5%), Basil Saushkin (20,5%), Valery Mescalin (directly he owns 5.4 percent, and about 14% – through the company “Corporation “Dmitrovskiy”) and other individuals.