Of the German foreign Ministry refused to issue visas to the Minister of agriculture of Russia Alexander Tkachev, included in the sanctions lists of the EU. According to the Agency, this made it impossible to participate in the forum the Russian delegation. 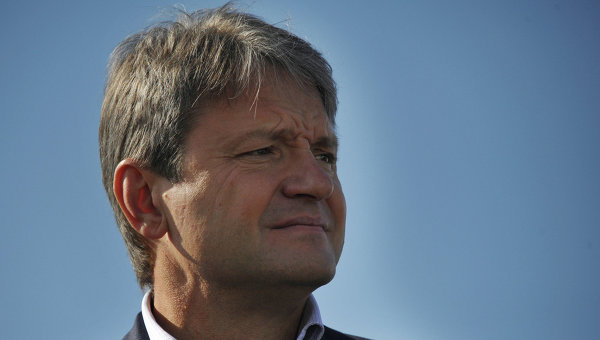 MOSCOW, 15 Jan. The Ministry of agriculture of the Russian Federation considers impossible participation of Russian official delegation in the “Green week” in Berlin after the denial of a visa to the head of Department Alexander Tkachev for his inclusion in the sanctions list of the EU.

“Russia was going to participate in the world food and agricultural fair “Green week 2016″, but due to the fact that the German foreign Ministry refused to issue a permit on arrival in Berlin Minister Alexander Tkachev, included in the sanctions lists of the EU, this automatically made it impossible to participate in the forum the Russian delegation, especially considering the fact that on the sidelines of the exhibition planned international activities multilateral Ministerial level, including the global agrarian forum and the meeting of Ministers of agriculture diverse membership,” said Friday the Ministry.

“We have to state that this benefit not only bilateral cooperation, but also to the agricultural sector of Germany”, — said the Agency, Recalling that, according to experts, the anti-Russian sanctions have cost German farmers in a round sum — about one billion euros.