MOSCOW, January 15. The Cabinet of Ministers of Russia will not adjust the sanctions taken against Turkey. However, “if necessary, within the framework of the decree (the Russian President), the government will determine the list of contracts in respect of which the special economic measures shall not be applied. Decisions of this kind will be taken by the Chairman of the government”, – said the press Secretary of Prime Minister Natalya Timakova. 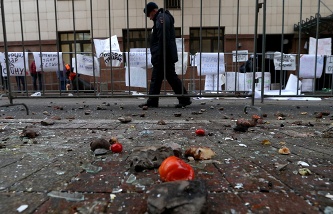 She recalled that “special measures against the Republic of Turkey entered into force in accordance with the decrees of the President of Russia”.

Timakova stressed that “the government publishes documents related to the implementation of decrees of the President”.

“Some of them are already released and working, some are being prepared and will be issued later,” she said.

While Prime Minister’s press Secretary assured that “the government has consistently monitors the execution of decrees and orders in part of restrictive measures”.

“No adjustment of these measures is not expected”, – said Timakova.

Information about the easing of sanctions

The Russian authorities are willing to soften sanctions against working in the country construction companies established by Turkish citizens, announced in Friday’s newspaper “Kommersant” with reference to one of Federal officials. According to him, major Contracting companies can stay in Russia provided that will establish joint ventures with Russian partners, which will own at least 75% plus one share. 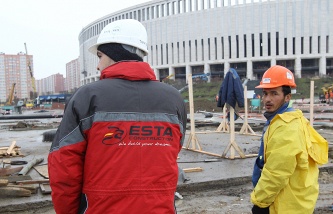 Another official in the Federal government specify that such JVs will have to create a business applying for commercial and government contracts after November 30, 2015.

Concessions may relate to contracts for the construction of facilities for the world championship on football of 2018 which will pass in Russia, holds one of the interlocutors edition. According to him, Turkish companies mainly act as subcontractors for the construction of sports infrastructure and accommodation facilities. It’s about three dozen companies, the total amount of work they can reach about 60 billion rubles, said the official.