Ulyanovsk region was signed within the framework of the Gaidar forum at the Ranepa 2016 in Moscow three agreements. 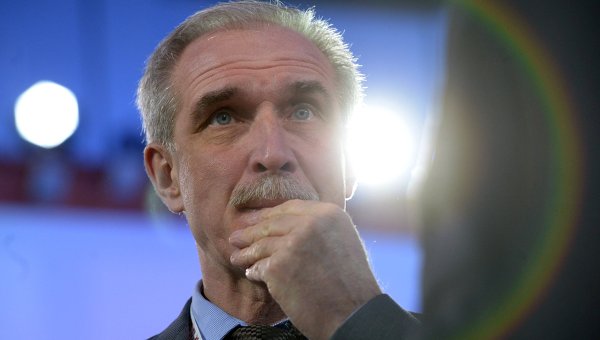 MOSCOW, 15 Jan./strong>. Ulyanovsk region was signed within the framework of the Gaidar forum at the Ranepa 2016 in Moscow three agreements — the development of monogoroda Dimitrovgrad, develop fish complex and the manufacturing of packaging materials, indicating that investment prospects in the region, said Governor of the region Sergey Morozov.

“One of the key documents signed in the framework of the forum was General agreement with the Ulyanovsk region development Fund for single-industry towns (YDF) providing for the establishment on the territory of the towns of Dimitrovgrad same industrial Park; the cost of creating the Park will be nearly 1.3 billion. In turn, the implementation of investment projects of residents of the Park should attract more than seven billion rubles of investment and will create about two thousand new workplaces”, — said Morozov.

The Governor noted that on-site “Dimitrovgrad” there will be enterprises that will help diversify the city’s economy and make it more sustainable.

“We work hard in order to escape from heavy dependence on core enterprises and create in Dimitrovgrad new jobs for residents of the city, at the same time opening prospects and opportunities for business development. I’m sure the city has a good future, which is associated with technological entrepreneurship. In the future Dimitrovgrad will develop a new innovation model of economic development implemented in the region”, — said Morozov.

He recalled that an application to receive funds for the creation of the Park of the Ulyanovsk region sent to YDF last fall. “Its total area will be about 180 acres. With the first potential residents have already signed the agreement on the deployment of production”, — said Morozov.

The number of such enterprises — oil extraction plant “Legend” with a total investment of one billion rubles, “al-glass” (production of means for automated rapid isolation and purification of biopolymers), “Genext” (the creation of cancer tests for non-invasive diagnosis of cancer), and the company “Sterilab”, engaged in the development of technologies for the production of concrete mixtures for the nuclear industry.

Morozov said that the YDF also agreed to study the issue of additional support residents of the industrial Park: preferential loans to residents of under 5% per annum for eight years, and the possibility of entering into the authorized capital of the realized investment projects, which would be a serious measure of support.

The Governor added that the forum area has signed two investment agreements with Russian companies. “The first agreement is with the Corporation “Progress-2″ on construction of fish-processing complex. The project will help restore natural reproduction of sturgeon, salmon and other fish species in the basin of the Volga river and Kuibyshev water reservoir. Total investment in the project will amount to 1.5 billion rubles, will create more than 120 jobs for area residents. The construction of the complex will begin in 2016, with design capacity expected to reach in 2020,” — said Morozov.

The second agreement signed with the company “M. United”, according to the Governor, provides for the establishment of plant packaging materials made of cardboard and micro corrugated cardboard for automotive components. The company will be located on the territory of the special economic zone in the area of 10 thousand square meters. The volume of investments in the first stage will amount to 70 million rubles. The project will be implemented by early 2017. In the future, the company intends to expand production through the construction of three more buildings. Estimated production capacity of the first phase of the plant will amount to five thousand square feet of packaging material per year. In the future the company will have full cycle of production of cardboard packaging.

“For the region it is very important that the inflow of investment is not reduced. Now in difficult economic conditions associated with sanctions and unfavorable market conditions in the commodities market, it is important to have stable sources of replenishment of revenue part of the budget. Implementation of investment projects becomes the “factor of safety” of the regional economy that allows and in the current economic conditions to grow and move forward,” — said Morozov.

Also at the forum the Governor of the Ulyanovsk region has discussed with representatives of the international consulting company “Deloitte” parts of the developed investment strategy of the region until 2030, which will reflect the recommendations for improvement of the business climate, incentives to attract new companies to the use of PPP mechanisms, interaction with target groups of investors in priority sectors.