UN, January 15. /Corr. Oleg Zelenin/. Russia is ready to share with other countries and international organizations its experience in countering extremism. This was stated by the Deputy permanent representative of Russia to the UN Eugene Zagainov, speaking at an informal meeting of the General Assembly. The diplomat thanked the UN Secretary-General ban Ki-moon for the preparation of a plan of action to prevent violent extremism. 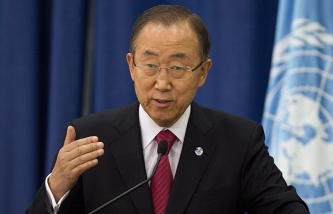 “In Russia starting in 2014, a comprehensive national strategy for countering extremism, were approved by the appropriate regional plans. We are ready to share with interested States and international organizations with our experience in combating the spread of extremism and its ideology,” said zagaynov.

He stressed that understanding in Moscow of the joint fight against extremism “needs to be clearly linked with international anti-terrorist cooperation and the implementation of the components of the basic documents, primarily the Security Council resolutions”.

As stated by the Deputy permanent representative, the Russian side is going to carefully study prepared by the Secretary General action plan, including its analysis of the factors contributing to the spread of extremism. However, he made it clear that the plan is incomplete because it ignores these underlying causes.

“According to our estimates, one of these factors is the destruction of state institutions and chaos as a result of undue external interference in the internal Affairs of States. Examples of this are well known. Unfortunately, this reason, creating a fertile ground for the emergence of violent extremism is not reflected in the document,” Zagainov said. He also pointed to the fact that the report uses the terms “extremist groups” and “terrorist group”, but does not explain the distinction between them.

The Secretary General of UN his plan to prevent extremism. A 30-page document calls for States to develop national strategies, as well as “a new public policy aimed at preventing violent extremism” in their territory.