TOKYO, January 16. /Corr. Kirill Agafonov/. The slowdown in economic growth in China is a good time for business development and growth of companies. This opinion of the founder of one of the largest online retailers of Alibaba Jack MA said in an interview with the business newspaper Nikkei, which was published in its electronic version on Friday evening. 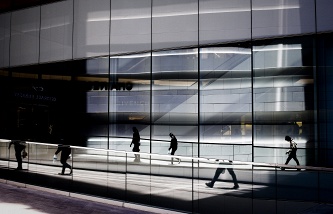 PWC: growth of GDP ceases to be an indicator of the state of the global economy

“This is a Golden time for China. Many large companies are increasing in the crisis. In USA hundreds of large companies such as IBM, Cisco Systems, Microsoft. In Japan and Europe there are from 30 to 40 companies of the same size. And in China there are almost none except for state enterprises,” he said, estimating the period of a slowdown in growth in China. “China is the second largest economy of the world – definitely a must have 30-40 companies of the same size”, says Jack MA. “Not only Alibaba, but many other large companies, will appear within 10-20 years. The market is”, – he added.

The founder of Alibaba also noted that, in his opinion, the relationship between private business and government should be a partnership. “We need to know what bothers the government. They should know what we want and what worried. It is a kind of partnership,” said Jack MA. “We and the government want the economy was in good condition. We all want to create jobs. We want every family to be happy,” he added, noting that private business is learning how to build such partnerships with the state.

Currently in China there is a gradual slowdown in the growth of the national economy.

This happens against the background of changing the model of development, in which the emphasis is shifting from production and investments in innovation. According to statistics, in 2010, economic growth in China was 10.4%, and by 2014 the rate of growth slowed to 7.3%. Official government GDP growth forecast for 2015 to 7%.

Alibaba Group is a Chinese private company working in the field of Internet Commerce. The group has its own electronic payment system Alipaн, and manages the online stores of Taobao and AliExpress. About 22.5% of the Internet holding company owned by an American Yahoo, 34.3% of Japanese SoftBank, 8,9% – in Jack MA. The founder of the company is considered one of the richest people in the world. According to Forbes magazine, his fortune is more than $23 billion.