The Commission is established, according to Vice-speaker of the State Council of the Republic, in order to prevent actions and decisions, not agreed with the Crimean Tatar people. 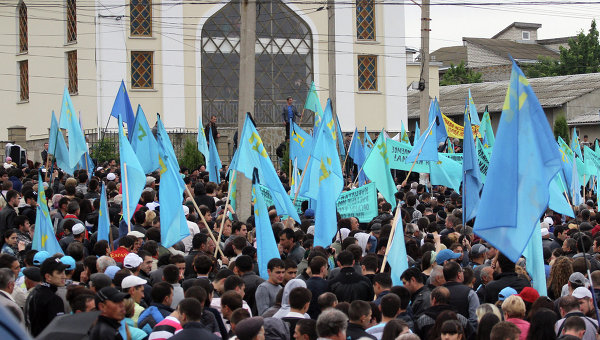 SIMFEROPOL, 16 Dec –. The Crimean Tatar movement of the Crimea “kyrym” (Crimea) and “Inkishaf” (“Development”) called for the establishment of the national Commission, which will review and cancel illegal decisions adopted by the Mejlis of the Crimean Tatars after the reunification of the Peninsula with Russia.

The Mejlis – the Executive body of the Kurultay, which is the national Congress, the Supreme representative Plenipotentiary body of the Crimean Tatar people. The delegates of the Kurultay is elected every five years. The leaders of the Mejlis of the Crimean Tatars, Ukrainian politicians Refat Chubarov and Mustafa Dzhemilev, spoke out against the reunification of the Crimea with Russia and left the Peninsula. Because of extremist statements, inciting national discord, in 2014 them for five years was denied entry to Russia.

As stated by Vice-speaker of the State Council of the Republic, the head of the movement “kyrym” Remzi Ilyasov, the leaders of the Majlis are constantly making statements on behalf of the entire Crimean Tatar people, thereby trying to undermine its unity and integrity. Ilyasov sure that the leaders of the Mejlis has long lost the right to represent the interests of Crimean Tatars.

According to him, the national Commission together with the Council of the Spiritual administration of Muslims of Crimea should have the right to cancel unlawful decisions of the Majlis. In addition, Ilyasov proposed to convene in November-December of this year, the Congress — national Congress of the Crimean Tatars with participation of diasporas.

Earlier, the Crimean parliamentarians appealed to the Prosecutor General of the Russian Federation and the Investigative Committee of the Russian Federation to conduct an investigation on the fact of genocide against the Crimean deputies of the Verkhovna Rada of Ukraine Dzhemilev and Chubarov, who initiated the food and energy blockade of the Peninsula.