In December the import price for gas from Gazprom amounted to $ 16.5 euros per megawatt-hour, in January due to conversion it will cost 19 euros, said Deputy Director of supplies of Russian gas to Druskininkai, the company Haupas. 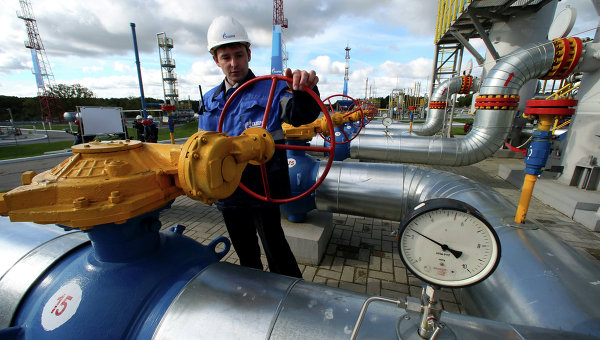 “The pricing formula is such that in conditions of sharp falling of indexes, the prices for oil the price for gas has not decreased as much as drops of oil. In the formula introduced additional exponent, and if the price of oil below a certain threshold, the gas becomes so much cheaper, like cheaper oil,” said Motiejunas.

According to him, in December the import price for gas from Gazprom amounted to $ 16.5 euros per megawatt-hour, in January due to conversion it will cost 19 euros. He also noted that the gas price under the new pricing begins to decline slowly, approximately at the level of 200 dollars for one thousand cubic meters, there is another condition — price can not be lower than the German gas exchange.

“There’s more snap to Gaspool — German gas exchange. There is a formula calculated in accordance with it, and what we expect to be lower than on the stock exchange. If the exchange is more expensive, they apply a higher price”, — explained the representative of Haupas. He added that the new pricing formula will last three months, it could subsequently be extended.

Member of the Commission at prices Vygantas Vaitkus believes that gas for household consumers will not rise in price. “Natural gas for domestic consumers this year should not rise, because new grown-up prices of “Gazprom” compensates for the discount applied after the concern “Gazprom” in 2014 in the fifth reduced the price for gas for Lithuania. But after rebate, in 2017, gas prices could rise,” said he.

Directly in Lithuania from Gazprom to buy gas Kaunas heat and power plant, the company Dujotekana and Achema fertilizer factory.