“Naftogaz” can provide Ukrainian consumers with sufficient volumes of gas without Russia, said the Deputy head of the company Yuriy Vitrenko. Earlier, the head of the Russian Ministry of energy said that Kiev simply has no money for Russian gas. 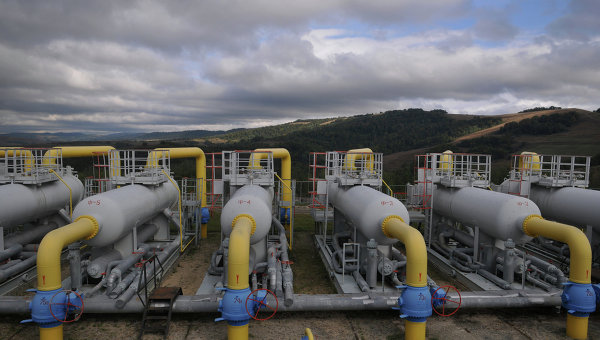 KYIV, 16 Jan. Ukraine can pass the heating season without Russian gas, given the volumes that are currently in the underground gas storages, said Deputy head of “Naftogaz of Ukraine” Yuriy Vitrenko.

“We state that we do not get a single cubic meter of Russian gas and at the same time we saw that the temperature was low — under certain conditions we can provide Ukrainian consumers with sufficient volumes of gas without Russia”, — said Vitrenko on the TV channel “Gromadske of TV”.

Ukrainian Prime Minister Arseniy Yatsenyuk said earlier that Ukraine will not buy gas from Russia at the proposed price 212 dollars per thousand cubic meters, because in Europe it is cheaper — $ 200.

Earlier, the Minister of energy of Russia Alexander Novak said that Ukraine in the winter will not be able to fully provide itself with gas from underground storage facilities and will be forced to buy additional volumes, and the reason of refusal to purchase gas in Russia lies in the lack of money for these purposes.

According to the operator of the gas transportation system “Ukrtransgaz”, as of 13 January, the balance of gas in Ukrainian underground storage facilities amounted to 12.5 billion cubic meters.