MOSCOW, January 16. Making space in the product that are in demand across the country, is one of the key problems of the industry. Such opinion on air of TV channel “Russia 24” stated the General Director of the United rocket and space Corporation (URSC) Yuri Vlasov. 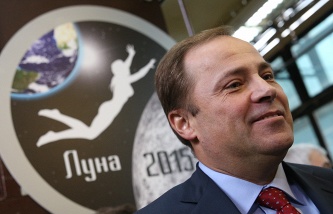 Media: “Roscosmos” will change the structure in 2016

“The goal of commercialization of space activities today is also one of the key, the main tasks of our own, he said. – We now need to create the infrastructure that information from civilian satellites into the required form, which the customer needs, and offered it on the market as a product that could be bought.”

According to him, the processed satellite information can be used for crop forecasting, damage assessment of natural disasters, will allow you to see illegal logging or illegal fishing. “If you make a scan of the temperature layers, but such apparatus exists, you will be able to identify certain ocean conditions, with additional original data can show that there (under the surface) – a shoal of fish or a submarine”, he explained.

The head of the URSC also noted that in the priority sector complex projects necessary and not experimental development. “You cannot let yourself be drawn into any process that tomorrow will entail a colossal waste of money and not solving problems that actually confront our state. This we cannot allow”. 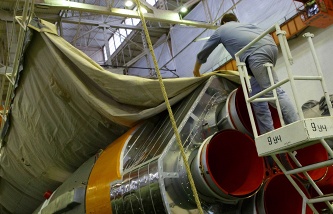 USRC became a member of the International Astronautical Federation

Financing the Federal space program until 2025 was approved at the level of 1.4 trillion rubles, while in spring presented the project involved the allocation of budget 2 trillion. It was also reported that the rocket and space industry will be able to get another 115 billion rubles for the project, the final decision on implementation which will be after 2021.

JSC “URSC” with 100% state participation are registered in March 2014. The Corporation will include the organization, which (which shares) is owned by the Russian Federation, including 10 integrated structures, consisting of 48 companies and 14 independent organizations of rocket and space industry, including 8 joint-stock companies and 6 Federal state unitary enterprises upon their transformation into joint stock companies. Priority directions of activity of the Corporation: development, production, testing, delivery, modernization and realization of rocket and space technology.