TEHRAN, January 16. /Corr. Alexander Levchenko/. The Tehran stock exchange closed today with a record increase of quotations on the background of expectations of the start of the agreement on Iran’s nuclear programme concluded with the six world powers (the five permanent UN security Council members and Germany) and the lifting of sanctions, what is expected to be announced in Vienna. 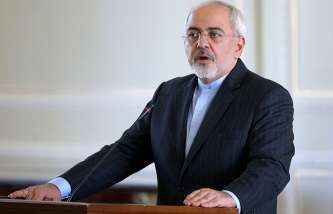 Iran’s foreign Ministry: sanctions against Tehran will be lifted during the day

“In anticipation of the start of implementation of the agreement between Tehran and world powers known as the Joint comprehensive plan of action (SWPD), the index of shares at Tehran stock exchange TEDIX rose today at 1344 points and reached a figure of 64 860, setting a record for the last 18 months after a long decline,” – said in this regard in the statement of tasnim.

The Tehran stock exchange started its activities in February 1967 with only six quotes from national companies as well as government bonds. At the present time it traded securities of over 420 Iranian companies.

In anticipation of the lifting of sanctions has intensified and international oil giants. As reported by the Agency Mehr, the Iranian capital arrived representative delegation of the France’s Total and Anglo-Dutch Royal Dutch Shell, which tomorrow will hold talks with the National Iranian oil company and National Iranian tanker company on cooperation in the field of mining, processing, transportation of oil, as well as the introduction of new technologies in oil and gas production.