BEIJING, 16 January. Russia may join the ranks of countries whose infrastructure projects can be funded as a matter of priority established at the initiative of China’s Asian infrastructure investment Bank (AIIB). The journalists said the Minister of economic development of Russia Alexei Ulyukayev on the results of the first day of the inaugural meeting of the Board of governors of the Bank held in Beijing. 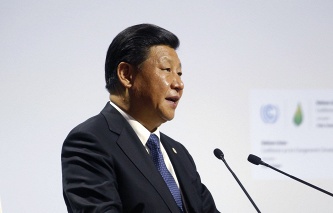 The President of China has launched the Asian infrastructure investment Bank

“I think it has a chance,” said he, answering the question whether Russia was among the first to receive funding.

The key mission ABII – overcoming infrastructure constraints of economic development of countries in the Asian region. The scope of activities of the Bank will include a wide range of financial services: loans, equity, guarantees, technical assistance.

According to the speaker, organizational procedures, the Bank will complete in the first quarter of 2016 and possibly in the second quarter will begin to consider applications for funding of projects.

He noted that Russia is interested in the financing of infrastructure projects related to road and railway construction. The Minister added that it is necessary to work on those projects, which are interesting not only Russia but also China and also partners in the EEU.

“We talk about how that work is underway to mate the two integration projects. It’s the EEU and the concept of “Economic belt of the silk road”. Probably, it would be reasonable to have these infrastructure projects fall under this category,” – said Ulyukayev.

In addition, we are talking about the power projects of the Far East and Siberia, said the Minister.

According to him, the Russian side is preparing a package of proposals that will be submitted by the time when the Bank will consider projects. The Minister added that while early to speak about that, on what terms will lend.

According to the agreement establishing the AIIB, its authorized capital was $100 billion, Russia became the owner of 65 362 thousand shares of the Bank, having received a 5.92% of the vote. This allowed her to become the third in number of shares and votes country after China and India, which have received 26,06% and 7.5% of the vote respectively. The top five co-founders in volumes of investments from 57 countries are China, India, Russia, Germany and South Korea.

As reported, former Deputy Minister of Finance of China Jin Lijun was appointed Saturday by the President of the AIIB and that the Finance Minister of China Lou Jiwei. was elected Chairman of the Board of governors.