The removal of Western sanctions will allow Iran to double oil exports. This could put further pressure on oil prices falling below 30 dollars a barrel. 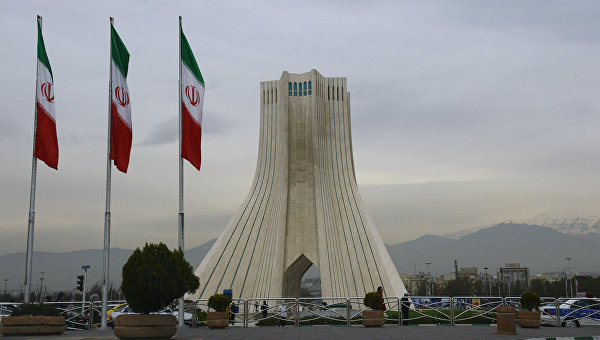 MOSCOW, 17 Jan. The EU and the US lifted economic and financial sanctions on Iran — the news the oil market was waiting for from July 2015; now, the country has the opportunity to regain his position as the leader in oil production in OPEC and increase its exports doubled to 2 million barrels per day.

These plans may put additional pressure on oil prices, which from the beginning of 2016 already has dropped to less than $ 30 per barrel. On Friday the price of Brent crude oil fell below $ 29 per barrel.

Saturday, January 16, Iran got rid of most of the sanctions – the day of implementation of the IAEA presented a report confirming the readiness of the authorities to implement it through a long negotiation program by a significant reduction of its nuclear potential. Later removing economic and financial sanctions with Iran was confirmed by the head of EU diplomacy Federica Mogherini and U.S. Secretary of state John Kerry.

Immediately after the announcement of the lifting of sanctions, Iran’s oil Minister Bijan Zanganeh recalled that soon Iran will increase daily oil supplies to the world market on 500 thousand barrels a day and after 6-7 months will increase exports doubled to 2 million barrels per day.

Iran threatened to increase the supply of oil to the world market doubled in July, when the country and the “six” international negotiators” reached a historic agreement on the settlement of long-term problems. However, market participants and analysts doubted a rapid increase in oil exports from Iran. Sberbank CIB analyst Valery Nesterov said that Iran after the lifting of sanctions will quickly realize only several million tons of additional oil supply, to increase production would require from six months to 1.5 years.

However, after the news about the possible lifting of sanctions with Iran to July 2015, the country actively began to restore ties with old partners and seek new ones – all to attract investment in the oil and gas sector, which suffered due to the lack of modern technologies for oil extraction.

Iran is looking for investors

The decline in production and lack of investments during the sanctions did their job. Now Iran to restore oil and gas industry will need 150 billion in investment by 2020, said in December the Director of strategic planning Department of the Ministry of petroleum of Iran said Kalampur (Saied Qavampur).

In November, Iran organized a conference for oil and gas investors, which has offered 70 oil and gas projects totaling more than $ 30 billion. During the conference, the representatives of Iran promised the investors to determine the form of the new contracts, which will be offered to foreign companies in the oil and gas sector.

Interest in the development of fields in Iran showed Russian companies – LUKOIL, “Rosneft”, “Zarubezhneft” and “Gazprom Neft”. So, the President of LUKOIL Vagit Alekperov spoke about the readiness of the company to continue the development of the Anaran block includes, where LUKOIL worked even before the lifting of sanctions. In addition, according to Alekperov, LUKOIL may resume swap (exchange) operations on oil and oil products with Iran after removal of sanctions against the country.