TEHRAN, January 17. /Corr. Alexander Levchenko/. Iran is fully ready for the start of the increase of oil exports by 500 thousand barrels a day. This was stated by the Deputy Minister of oil of Iran Hossein Amir Zamaninia in an interview with SHANA. 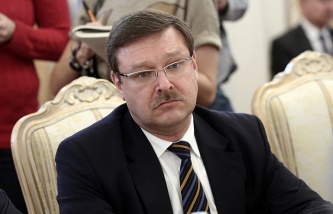 Kosachev: the implementation of the agreement on Iran’s nuclear program is an example for replication

Norway has removed most of the sanctions against Iran

“The country is fully prepared to increase oil exports by 500 thousand barrels per day”, – quotes the words of Deputy Minister of the Agency, said in connection with the lifting of sanctions against Iran since the beginning of the implementation of the nuclear deal between Tehran and the “six” international mediators (the five permanent UN security Council members and Germany), which was announced in Vienna yesterday. “This is a historic day, which in recent years many efforts have been made,” said Zamaninia.

He also warned that the main exports of Iranian oil are intended for export to China, which remains the largest Iranian importer of this energy source, including in the period of sanctions.

In the draft budget submitted today by President of Iran Hassan Rouhani to the Majlis (Parliament), stated that in the coming Iranian year (starts March 21) daily Iranian oil exports will reach 2.25 million barrels.