Reduced costs by more than 10% would entail a major change to the structure of the budget, said the head of the Russian Finance Minister Anton Siluanov. 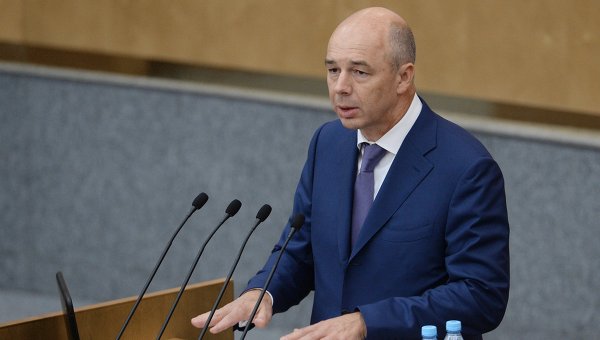 MOSCOW, 17 Jan. Finance Minister Anton Siluanov believes that the 10 percent cuts to the budgets of the ministries and departments in the current year is the most that you can go, the greater reduction will lead to serious changes in the structure of the budget.

This week Siluanov said that the Russian government has taken a decision on optimization of the budget, the Ministry has until mid-January to prepare and submit to the Finance Ministry its proposals on the reduction of costs by 10%, which will give the budget of the Russian Federation in 2016 an additional 512 billion rubles.

“A reduction of 20% already leads to a dramatic shift in the structure of the budget. 10% uzimanje spending is today possible decision”, — said Siluanov on the TV channel NTV.

According to him, not “just survive and say, “Well, today is difficult, tomorrow will be better”. “We need to have a clear plan of action. The plan now produced,” said the Finance Minister. He stressed that all social obligations will be fulfilled by the authorities “no matter what”.

The Finance Ministry proposes to adjust the budget in 2016 based on the average price of oil in 40 dollars for barrel. Now there laid the price of oil Urals in $ 50.

Oil prices steadily falling over the past 18 months because of the glut in the oil market and a high level of production of “black gold”. In the new year the price of a barrel of Brent crude oil has already dropped below $ 30. The Minister of economic development Alexei Ulyukayev expressed the view that low oil prices will persist for a long time.