BEIJING, January 17. The launch of the Asian infrastructure investment Bank (AIIB), which took place on January 16 in Beijing, the historical significance is comparable to the creation of the IMF and world Bank in 1944. This opinion was expressed to journalists the Deputy Minister of Finance Sergei Storchak, who became Deputy Manager of Russia in the Board of governors of the Bank. 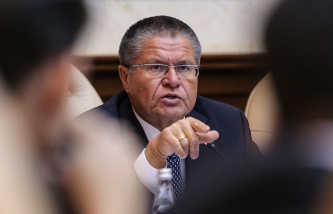 Ulyukayev: Russia may one of the first to get funding from AIIB

“This reality, my feeling, very comparable with the reality, which took place in 1944 in Bretton woods, when a group of countries decided on the establishment of the IMF and the world Bank. This is Bretton woods, and it’s not just my opinion, but all practical governing,” said he.

Storchak has reminded that the initiator of the Bank of China. According to him, this event took place against the background of rather strong deterioration of geopolitical interests. “And in terms of this specific aggravation of the country, pursuing different goals, have different interests, have agreed on the establishment of a global financial institution and has agreed to fill this Institute budgetary allocations,” he said.

According to Storchak, at the meeting of the first Board of governors were managing from the Russian Federation – Minister of economic development of Russia Alexei Ulyukayev. “It is also, in my opinion, characterizes the attitude of the initiators of the project – China – Russian Federation,” he said.

Conducting historical analogues, Storchak noted that at Bretton woods the initiative of establishing these institutions were made by developed economies: the US and the UK. The AIIB was proposed to create the PRC. “20 years ago no one could speak about China as a major financial power. And now she not only became a major in fact, but authoritative and in fact, as in ABII and there are developed countries and developing”, – he stressed. 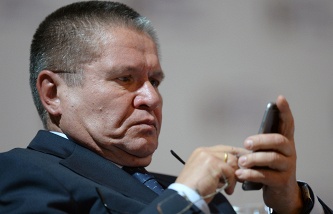 The speaker entered the abii Board of governors from Russia

The key mission of the Bank is overcoming the infrastructure constraints of economic development of countries in the Asian region. The scope of the AIIB will include a wide range of financial services: loans, equity, guarantees, technical assistance.

According to the agreement establishing the AIIB, its authorized capital was $100 billion, Russia became the owner of 65 362 thousand shares of the Bank, having received a 5.92% of the vote. This allowed her to become the third in number of shares and votes country after China and India, which have received 26,06% and 7.5% of the vote, respectively. The top five co-founders in volumes of investments from 57 countries are China, India, Russia, Germany and South Korea.

As reported, former Deputy Minister of Finance of China Jin Lijun was appointed President of the AIIB and that the Finance Minister of China Lou Jiwei. was elected Chairman of the Board of governors.